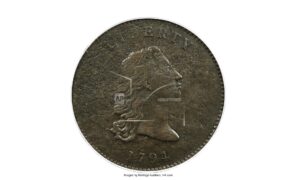 Tucson Survivor Screams ‘Shame on You’ During Gun Control Vote

Tucson survivor screams: The survivor of the mass shooting in Tuscon, Ariz., that left six people dead and Congresswoman Gabrielle Giffords gravely injured shouted “shame on you” after the U.S. Senate rejected a gun law.

The woman, Patricia Maisch, is said to have taken the third clip away from mass shooter Jared Loughner after he opened fire in January 2011 in Tuscon.

“They need to be ashamed of themselves. I think the ones who voted no…they have no soul. They have no compassion for the experiences that people have lived through, gun violence, who have had a child or loved one murdered,” she told reporters outside the Senate building on Wednesday, according to MSNBC.

She was reportedly escorted out of the building after yelling “shame on you,” and it is unclear if she was charged.

The Senate delivered a 54-46 vote on a bill that would greatly expand background checks during gun sales. The vote was shy of the 60-vote threshold needed to overcome a Republican filibuster.

“They say that it’s not the gun, it’s the man. I’m here to tell you … The man and the gun become intimate and they cannot do the act without each other. So the gun is part of the problem,” Maisch also said, according to the Huffington Post.

Regarding her outburst, she said that it “was spontaneous, but I was prepared to do that.”

On Thursday, Giffords said she was not pleased with the outcome of Wednesday’s vote.

“Speaking is physically difficult for me. But my feelings are clear: I’m furious,” Giffords wrote in a New York Times opinion piece. “I will not rest until we have righted the wrong these senators have done, and until we have changed our laws so we can look parents in the face and say: We are trying to keep your children safe.”