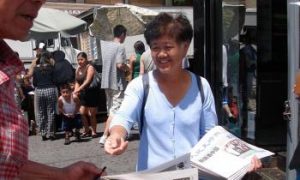 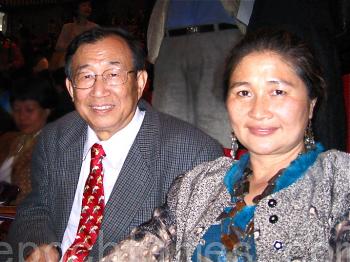 By Epoch Times Staff
Print
TAIPEI, Taiwan—“This is the very best! The best of the numerous programs I have ever attended,” said Dr. Huey-Liang Huang, professor of the Department of Electrical Engineering, National Tsing Hua University and IEEE Fellow (Institute of Electrical and Electronic Engineers.) Among the audience of Shen Yun Performing Arts International Company’s third additional performance in Taipei on the evening of April 21 were Dr. Huang and his wife. “I feel honored to attend the performance. I felt not only delighted but also enthralled!” Dr. Huang said.

Dr. Huey-Liang Huang praised Shen Yun for reclaiming and renewing the cultural heritage of China. “The society’s diversity, and the essence of China’s 5,000 years of civilization are brought to life here, very good!” He thought that through the dancers’ physical technique and inner spirit as well as through the live orchestral music, Shen Yun “thoroughly presents the very essence of Chinese culture, from ancient to contemporary times, leaving the audience overwhelmed and touched.”

Dr. Huey-Liang Huang also remarked on the rhythm of the Shen Yun performance. “All the programs are tightly-scheduled, without a pause of even a second. The seamless coordination among the emcees, dancers, singers, and musicians really left nothing to be desired—very outstanding.”

Besides traveling back in time to display dynastic grandeur and presenting features of ethnic groups, Shen Yun also reveals how Chinese people are deprived of the freedom of belief. Dr. Huey-Liang Huang said, “(Shen Yun) even performs on stage mainland China’s attitude toward religion. This (the deprivation of human rights and the freedom of belief) is what I cannot tolerate. I think it also helps raise everyone’s awareness and feelings.”