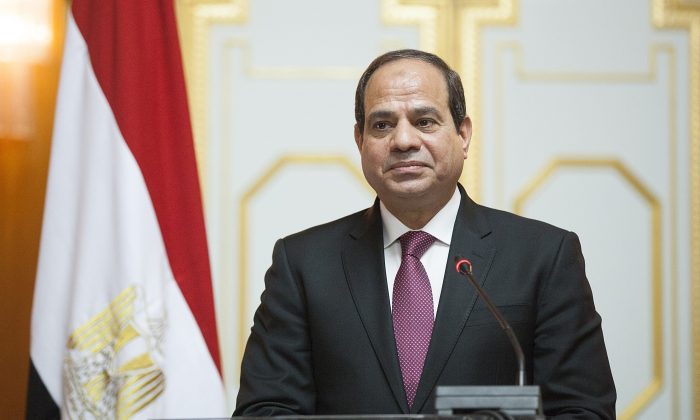 Trump to Meet With Egyptian President

Donald Trump announced Monday that he would be meeting with world leaders throughout the week as they gather in New York for the U.N. General Assembly, including Egyptian President Abdel Fattah al-Sisi.

“I will say that with all the folks being in New York, I’ve had a lot of calls from a lot of different people on the basis that, you know, I’m doing well and, you know, they seem to think it’s important to maybe meet me, but, I don’t want to comment specifically on who, but a couple of people are coming over,” Trump said Monday morning on “Fox and Friends.”

The Republican candidate has specified that he would work closely with the Egyptian President, complimenting his fight against terrorism as a leader who understands “this ideology of death that must be extinguished.”

Previously, Democratic candidate Hillary Clinton had announced that she would meet with the Egyptian leader.

Trump and Clinton’s meetings with al-Sisi have raised some questions from human rights activists—al-Sisi led a military takeover that opened a period of political violence that left more than a thousand people dead and that jailed an estimated 40,000 people including protesters, students, and journalists.

Clinton had a complicated role as Secretary of State in the Obama administration during the Arab Spring where she initially voiced confidence in 2011 in long-time leader Hosni Mubarak, but called for a peaceful transition after protests escalated.

Clinton’s decision to meet with Ukraine’s Poroshenko has also given rise to questions concerning Russian-Ukranian relations, and may signal that she’s not giving Putin a free pass for invading Ukraine. Putin, who Trump has spoken of favorably in the recent past, is not expected to attend this year’s General Assembly.