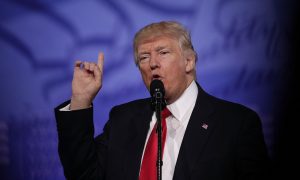 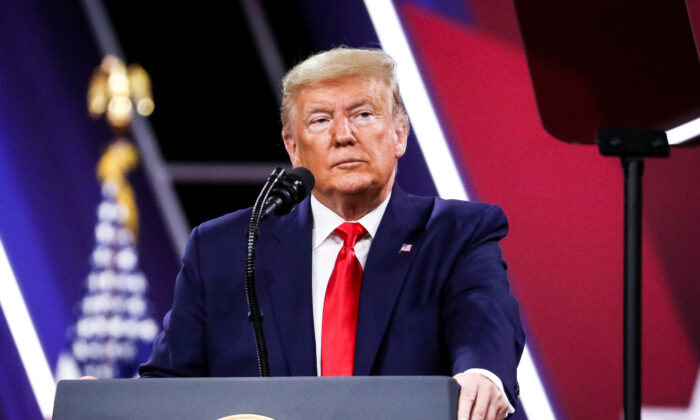 He will be a keynote speaker at the Conservative Political Action Conference (CPAC) 2021 in Orlando, Florida, CPAC Communications Director Ian Walters confirmed to The Epoch Times.

The former president’s speech is scheduled for the afternoon of Feb. 28, the last day of the conference, Walters said.

It will likely be Trump’s first public appearance since he left the White House on Jan. 20.

American Conservative Union (ACU), the host of the conference, invited the former president to speak.

A staff member involved in the conference planning told The Epoch Times that the invitation was sent out last year.

Trump appears to have become more active in the political arena after the conclusion of his second impeachment trial. He issued a lengthy statement challenging Senate Minority Leader Mitch McConnell’s (R-Ky.) speech against him and saluted Rush Limbaugh on several media outlets after the iconic conservative radio commentator’s death.

The Senate acquitted the former president in a 57-43 vote in his second impeachment trial. Sixty-seven votes were needed to reach an impeachment conviction.

Most Senate Republicans, 45 out of 50, regarded the second impeachment trial as unconstitutional because Trump had already left the White House and was a private citizen, The Epoch Times reported.

Trump is frequent speaker at CPAC, an annual event. He issued a dire warning to Americans about socialism in his 2020 CPAC speech.

“Far-left radicals have become increasingly desperate and increasingly dangerous in their quest to transform America into a country you would not recognize—a country in which they control every aspect of American life,” he said. “Just as socialist and communist movements have done all over the world, they’re cracking down on all dissent and demanding absolute conformity. They want total control.”

Trump warned that the result of implementing such policies would “turn America very quickly into a large-scale Venezuela.”

With reporting from Jan Jekielek. Zachary Stieber, Bowen Xiao, and Emel Akan contributed to this report.