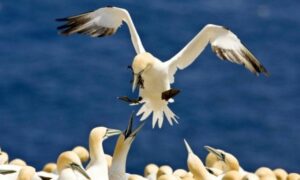 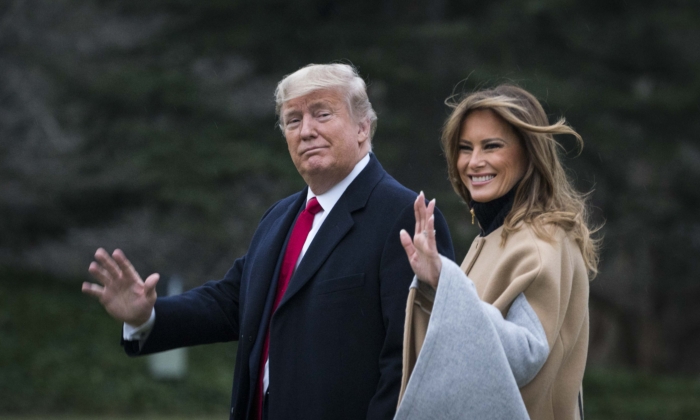 President Donald Trump and First Lady Melania Trump walk along the South Lawn to Marine One as they depart from the White House for a weekend trip to Mar-a-Lago, in Washington, on Jan. 31, 2020. (Sarah Silbiger/Getty Images)
Trump Administration

Trump to Chart ‘Vision of Relentless Optimism’ in State of the Union Address, Official Says

President Donald Trump is expected to lay out an agenda focused on the needs of working families during his State of the Union Address on Feb. 4 and propose optimistic solutions to address the issues that affect Americans’ quality of life, according to a senior administration official.

The theme of the president’s speech will be “The Great American Comeback,” the official told reporters on Jan. 31. Trump is expected to focus on five areas during the speech: the booming economy, efforts to support working families, health care, immigration, and national security.

“He will encourage Congress to work with him to continue to building an inclusive economy where the least well-off are making some of the fastest gains and where people of every background are finding new opportunities,” the official said.

Trump will give the speech one day before the Senate is expected to vote to acquit him of the impeachment charges brought by House Democrats. The senior administration official didn’t say whether the speech would touch on the trial.

Similar to last year’s address, Trump will challenge the growing socialist wing of the Democratic Party with a specific focus on the health care reforms being proposed by the Democrats, including some of the 2020 presidential hopefuls.

“Clearly, socialism is a rising force in the Democratic Party, with very specific designs on our health care system. And the president will build on last year’s address and present a sharp difference,” the senior administration official said.

The president will highlight how the strong economy is lifting Americans across the board. He’ll note the signing of the United States–Mexico–Canada Trade Agreement and the first phase of the trade deal with China. He’s expected to celebrate the United States becoming a net energy exporter in 2020. He’ll also touch on his administration’s Opportunity Zones program, designed to spur investment in economically distressed areas.

In terms of helping working families, Trump will explore the issues facing parents who work while raising children and the challenge of improving the quality of public education. He’s also expected to underline his support for paid family leave and affordable childcare. The president will call on Congress to pass legislation on school choice, which would allow parents to take the federal funds allocated to their children to a school of their choice.

On the issue of immigration, the president is expected to celebrate the progress made in stemming the flow of illegal immigrants across the southern border, while criticizing illegal alien sanctuary cities that are actively undermining federal immigration enforcement efforts.

Trump will zoom out to the world at large to discuss national security. While the senior administration official didn’t provide details, the president is likely to discuss Iran and North Korea.

As part of an annual tradition, Trump will introduce a number of guests during the speech. One of the guests, Tony Rankins, lost his job and family when he became addicted to drugs after suffering from post-traumatic stress disorder due to his service in the U.S. Army in Afghanistan. Rankins learned construction trades from a company called Our Investments, which led him to get a new job, overcome addiction, and reunite with his family.

Another guest will be Deputy Chief of U.S. Border Patrol Raul Ortiz, who started as a border patrol agent in 1991 and climbed through the ranks to become the second in command, overseeing 22,000 Border Patrol agents and staff.