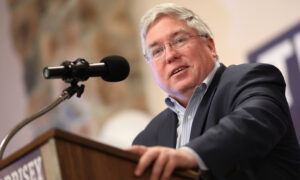 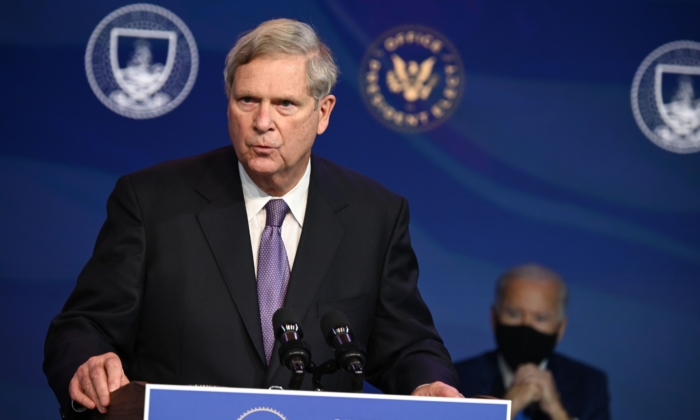 Tom Vilsack speaks after being nominated to be agriculture secretary by President-elect Joe Biden, in Wilmington, Del., on Dec. 11, 2020. (JIM WATSON/AFP)
Politics

The lawsuit argues that the program, enacted as part of Biden’s pandemic stimulus package, discriminates against white farmers by limiting financial aid to “socially disadvantaged” farmers or ranchers based on their race.

“The Department of Agriculture lurches America dangerously backward, reversing the clock on American progress, and violating our most sacred and revered principles by actively and invidiously discriminating against American citizens solely based upon their race. This is illegal, it is unconstitutional, it is wrong, and it must stop,” the lawsuit (pdf) states.

The U.S. Department of Agriculture (USDA) website currently defines a “socially disadvantaged farmer or rancher” as belonging to “groups [that] include, but are not limited to African Americans, American Indians, Alaskan Natives, Asians, Hispanics, Pacific Islanders, refugees, immigrants.”

The legal action is the first brought by America First Legal, a pro-Trump legal outfit modeled on the legal warfare model that the Democrats deployed to thwart Trump’s agenda. The organization says its mission is to “oppose the radical left’s anti-jobs, anti-freedom, anti-faith, anti-borders, anti-police, and anti-American crusade.”

The White House and the Department of Agriculture didn’t immediately respond to requests by The Epoch Times for comment.