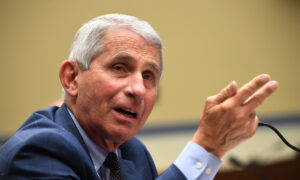 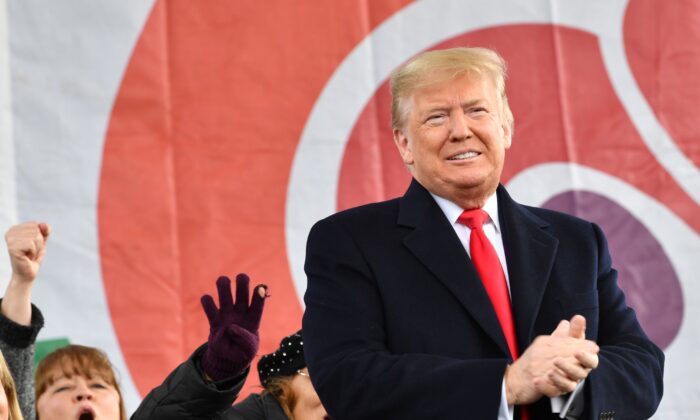 Trump Signs Order to Save Babies Who Survive Abortion

On Sept. 25, President Donald Trump signed an executive order designed to save babies who survive abortion.

The order doesn’t actually mention the word “abortion,” but make no mistake: The babies protected are those who survive after mid- to late-term abortions so that the outcome is a live birth instead of a dead fetus.

Specifically, Trump’s “Executive Order on Protecting Vulnerable Newborn and Infant Children” states (in part): “Every infant born alive, no matter the circumstances of his or her birth, has the same dignity and same rights as every other individual and is entitled to the same protections under federal law.

“It is the policy of the United States to recognize the human dignity and inherent worth of every newborn or other infant children, regardless of prematurity or disability, and to ensure for each child due protection under the law.”

What? Some babies survive being aborted? Indeed. I have even met a few over the years. What must it be like to know your mother wanted you dead? I shudder at the thought.

But wait. Aren’t all later-term abortions decided upon because of a fatal fetal abnormality or the prospect of serious disability?

No. That’s just a comforting myth. While it’s certainly true that late-term abortions are obtained for those reasons, according to a 2013 study published by the Guttmacher Institute, some abortions after 20 weeks are decided upon for social reasons such as “trouble deciding upon abortion” and “disagreeing with the man involved.”

In other words, some post-viability terminations involve physically healthy pregnancies.

Okay, but why sign such an order? Surely if a baby is born alive, he or she will be provided proper medical care. Right?

Not necessarily. We know without a doubt that some babies who survive abortion are neglected or killed. For example, Kermit Gosnell, a ghoul with an M.D. degree, was convicted of three murders for severing the spinal cords of babies who survived his abortions.

It isn’t just Gosnell. In 2018, a former Planned Parenthood abortionist named Leah Torres wrote in a tweet that she severs the baby’s “cord”—whether spinal, umbilical, or vocal wasn’t made clear—to ensure that babies with developed larynxes don’t have the “opportunity” to “scream.”

Thankfully, her Alabama medical license was recently suspended after allegedly failing to tell the truth about having lost hospital admission privileges and for other examples of “fraud in applying for a certificate of qualification to practice medicine” in the state.

Then there was the Planned Parenthood lobbyist in Florida, who, when asked at a 2013 legislative committee hearing whether a baby who survives an abortion “struggling for life” should be saved, answered: “We believe that any decision that’s made should be left up to the woman and her family and the physician.”

In other words, a mother who didn’t want to be pregnant should also be empowered to order doctors not to save her baby’s life—this even though the decision has nothing to do with forcing her to do anything with her own body.

Planned Parenthood later disavowed the comment. But the lobbyists’ statement was an example of what is known in politics as a Michael Kinsley gaffe, after the pundit who once said, “A gaffe is when a politician tells the truth.”

Virginia Gov. Ralph Northam, a Democrat, made a similar crass comment during a debate over legislation to permit unlimited abortion in the commonwealth, infamously telling a radio interviewer about a baby surviving an abortion: “If a mother is in labor, I can tell you exactly what would happen. The infant would be delivered. The infant would be kept comfortable. The infant would be resuscitated if that’s what the mother and the family desired, and then a discussion would ensue between the physicians and the mother.”

Some have charged that Northam is promoting active infanticide. But it would be most accurate to state he supports the right of a mother to decide to neglect the baby to death—the very omission the Trump executive order seeks to prevent.

Northam is a specialist in pediatric neurology, a context that chilled many who were angered by such cold, clinical detachment by a doctor who saves babies’ lives. But the governor was enthusiastically defended—notably by New York Times liberal columnist Michelle Goldberg, while The Washington Post reported the brouhaha as merely a “Republicans pounce” political story, rather than a question of significant moral consequence.

It’s also worth noting that last year, 44 Democrats—including vice presidential nominee Kamala Harris—filibustered the “Born-Alive Abortion Survivors Protection Act,” a bill that would, among other terms, compel any health care practitioners present when a baby survives an abortion to “exercise the same degree of professional skill, care, and diligence to preserve the life and health of the child” as they would “render to any other child born alive at the same gestational age.”

It also would require abortionists to ensure that surviving babies be transported immediately to a hospital for care, and outlaw “an overt act” meant to kill “a child born alive,” i.e., infanticide.

It’s shocking that most Senate Democrats thwarted the bill’s passage, an act of obstructionism that moved abortion advocacy beyond “choice” to establishing what is essentially a concomitant right to a dead fetus or baby (as the case might be). The bill’s defeat also reflects a stunning repudiation of the sanctity/equality of human life ethic.

So, good on Trump for signing the new executive order. The fact that there is so much resistance to such a simple and human life-affirming proposal as treating babies who survive abortion the same as any other baby—would anyone criticize an order requiring babies of all races to be equally treated?—demonstrates that the concern about doctors allowing viable babies to die after surviving abortion is not paranoid alarmism by “pro-life fanatics,” but rather, disturbingly real.

What are we becoming?

Award-winning author Wesley J. Smith is a senior fellow at the Discovery Institute’s Center on Human Exceptionalism and a consultant to the Patients Rights Council.