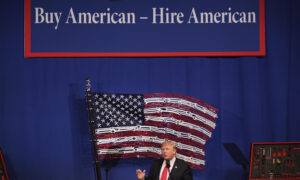 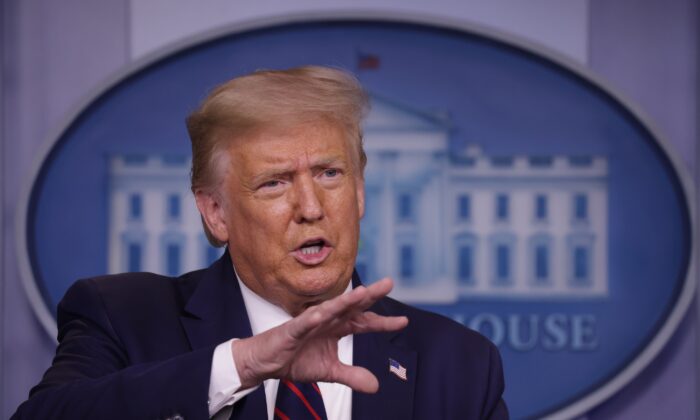 President Donald Trump signed an executive order on Monday that requires federal agencies to prioritize U.S. labor in federal contracts, ensure only American citizens are appointed to the competitive service, and stop employers from moving H-1B workers into jobs in a way that displaces U.S. workers.

“We believe jobs must be offered to American workers first,” Trump said in a statement.

The president signed the “Hiring American” order at a meeting of technology workers at the White House on Aug. 3, during which Trump announced that two members of the federally-owned Tennessee Valley Authority (TVA) had been fired for actions that prompted the order.

The White House said in a release that the “Hiring American” order follows a recent announcement by TVA that it plans to outsource 20 percent of its tech jobs to foreign countries. The statement said TVA’s action could lead to over 200 highly-skilled American technology workers in Tennessee to lose their jobs to low-cost foreign workers hired on temporary work visas.

“TVA’s decision is also expected to cost the local economy tens of millions of dollars over the next 5 years,” the statement said, adding that Trump’s action would “combat employers’ misuse of H-1B visas, which were never intended to replace qualified American workers with low-cost foreign labor.”

Trump told reporters at the White House on Monday that he fired the chair of TVA, claiming the authority betrayed American workers. He said the TVA board must hire a new chief executive officer that “puts the interests of Americans first.”

With the overarching aims of “preventing harmful outsourcing” and “preserving jobs for the American people,” the Aug. 3 Executive Order will require all federal agencies to complete an audit meant to ensure compliance with a requirement that only American citizens and nationals are appointed to the U.S. government’s competitive service. The federal workforce consists of some two million civilian employees, with around two-thirds of them in competitive service, with the remainder in two other service classifications—the excepted service and the Senior Executive Service, according to the Office of Personnel Management (pdf).

The order also calls on the Department of Labor to finalize guidance to prevent employers of H-1B workers from moving them into other jobs in a way that displaces American workers.

Trump has signed a number of executive orders in recent months that seek to prioritize American workers, including suspending the H-1B temporary work visa program at least through the end of the year.

The “Hiring American” order comes as the U.S. unemployment rate is above 10 percent, with some 30 million workers on unemployment rolls, and over 1.4 million people filing new jobless claims last week.