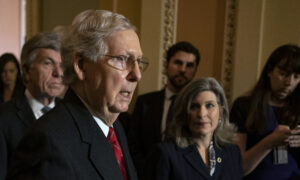 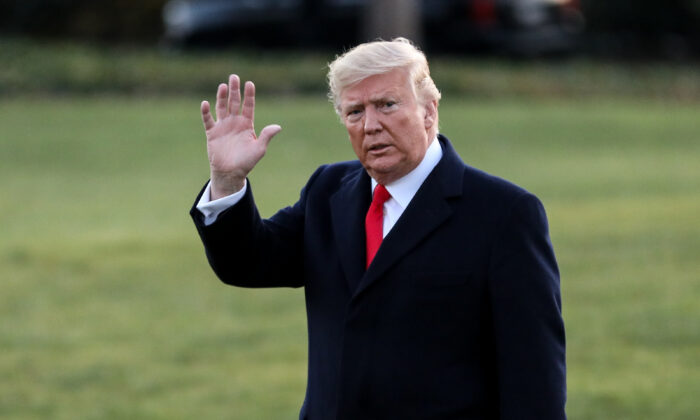 President Donald Trump walks on the South Lawn to board Marine One at the White House in Washington on Dec. 18, 2019. (Charlotte Cuthbertson/The Epoch Times)
Viewpoints

Word is Donald Trump would like a long impeachment trial in the Senate so he can be fully exonerated. Majority Leader Mitch McConnell feels differently. He wants it over as quickly as possible,

For once I agree with McConnell. Enough already. This House impeachment session was like having root canal—without anesthesia. Twice a year is more than enough for visits to the dentist.

And we don’t need any more hand-wringing congressmen and women, the latter clad in Edith Piaf black, proclaiming the solemnity of the occasion while high-fiving each other in the back room.

Trump should move on. Impeachment, as its practiced by the Democrats, is just too boring to merit his attention—and ours.

My observations are anecdotal—but in that sense hardly different from the average column in The New York Times—but here in flyover country (Nashville TN), with few exceptions, people do not seem to be paying much attention to the impeachment brouhaha.

They have tuned it out because no one is interested in a drama with an amorphous, overly-convoluted plot featuring unknown foreign players (Poroshenko? Is that a vodka?) but with an ending that contains no surprise at all—no removal of POTUS by the Senate, as it should be.

As for that elusive full exoneration,Trump should realize he has already achieved as much as anyone is likely to get in the hyper partisan world of American politics. The polls are swinging his way. The public—at least that part that wasn’t pouring into the streets wearing pudenda hats within days of his election—has already seen through Pelosi, Schiff, and Nadler’s wildly disingenuous exercise. (It’s a wonder they weren’t trying to impeach Trump at birth.)

He should quit while he’s ahead, as the saying goes. The president can now rely on legal support that will do his job for him, the very thing the Democrats feared and inspired much of their impeachment panic in the first place.

First came Inspector General Horowitz’s report, which has clearly broken the president’s way, even with the IG’s dubious “no evidence of bias” finding in the motivation of “17 serious errors” in the FBI’s dealings with the FISA court.

Thanks too to Horowitz’s report, that FISA court is already engaged in CYA, their primary judge doing her best to blame the FBI for malfeasances they both shared in the Carter Page case, an obvious attempt to infiltrate the Trump campaign and use the bizarre Steele dossier to smear the candidate as a Russian asset.

These are real crimes, not the presumptive nonsense we’ve been listening to in the House.

Next up will be John Durham’s report. Attorney General William Barr has told us not to expect that before late Spring or early Summer because Mr. Durham, who can impanel grand juries, wants to do a thorough job.

All the better. The timing of the indictments will be perfect for the coming election. Impeachment, we can be sure, will be far in the rear view mirror.