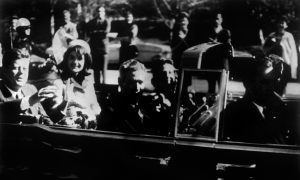 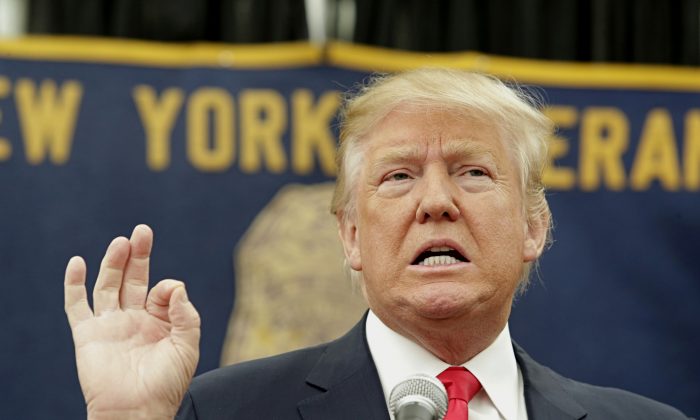 Donald Trump is the presumptive nominee for the Republican party, and has chosen an outspoken white supremacist as one of his delegates in the state of California.

William Johnson is the leader of the white supremacist American Freedom Party, and is on a list of 169 delegates that the Trump campaign sent to the California secretary of state ahead of the Republican primary on June 7.

“I just hope to show how I can be mainstream and have these views,” Johnson tells Mother Jones’ Josh Harkinson. “I can be a white nationalist and be a strong supporter of Donald Trump and be a good example to everybody.”

Earlier in the campaign Trump was forced to disavow a series of robocalls in California, some of which were made by Johnson.

Here’s the full text of the robocall:

The American National Super PAC makes this call to support Donald Trump. I am William Johnson, a farmer and white nationalist.

Johnson’s American Freedom Party runs on a platform advocating for the deportation of “all nonwhites as soon as possible,” even proposing a constitutional amendment known as the “Pace Amendment” that would revoke the American citizenship of every nonwhite inhabitant of the United States in 1985.

In the Pace amendment, he advocates the repeal of the 14th and 15th amendments and the deportation of almost all nonwhite citizens to other countries.

Anybody with any “ascertainable trace of Negro blood” or more than one-eighth “Mongolian, Asian, Asia Minor, Middle Eastern, Semitic, Near Eastern, American Indian, Malay or other non-European or non-white blood” would be deported under the Pace Amendment.

Johnson said that in order to be accepted as a delegate he had to sign a pledge to the nominee:

“I, William Johnson, endorse Donald J. Trump for the office of President of the United States. I pledge to cast ALL of my ballots to elect Donald J. Trump on every round of balloting at the 2016 Republican National Convention so that we can MAKE AMERICA GREAT AGAIN!”

This is not the first time that Trump has attracted the praise and endorsements of white supremacists.

The Republican’s presumptive nominee was endorsed by David Duke, former KKK Grand Wizard, William Quigg, Grand Dragon of the KKK in California—who retracted his endorsement and endorsed Hillary Clinton—and the Imperial Wizard of the Rebel Brigade Knights of the Ku Klux Klan in Virginia.