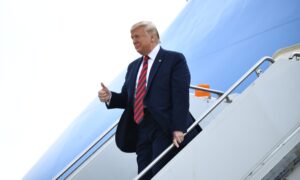 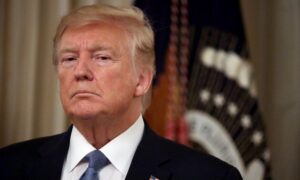 Trump Plans 'Fireside Chat' for American People, Will Include Reading of Ukraine Transcript
0 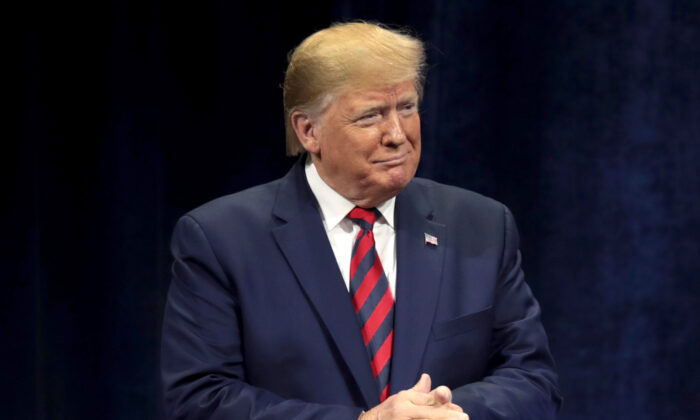 Trump Says Impeachment Efforts Have ‘Energized My Base’

President Donald Trump said that Democratic efforts to impeach him will backfire, and are already having profound effects on his core supporters.

“It’s energized my base like I’ve never seen before,” the president told the Washington Examiner after the vote to move impeachment forward on Thursday.

“My base is much bigger than people think,” Trump said. “But I think I go way beyond my base.”

The proceedings, Trump said, are an insult against him, and his supporters agree.

“I think [impeachment is] a very dirty word, it’s a word that I can’t believe that the do-nothing Democrats are trying to pin on me, and it’s a disgrace. And I think it’s going to backfire on them,” Trump said.

“I did nothing wrong, and for them to do this is a disgrace. To me, the word impeachment’s a very ugly word.”

Trump touted his achievements, including the recent killing of ISIS leader Abu Bakr al-Baghdadi, and the strong economy.

“In 2016, it was talk, but now I’ve done it,” he said. “I’ve got the strongest economy in the history of a presidential run by far. We’ve got a powerful military, the most powerful we’ve ever had, relatively speaking, and it’s been rebuilt. The best job numbers that we’ve ever had … I’ve done a great job.”

Some numbers back up Trump’s claim that impeachment has energized his supporters.

The Republican National Committee and Trump’s 2020 campaign brought in $13 million in the 36 hours after House Speaker Nancy Pelosi (D-Calif.) announced the launch of the inquiry without a vote.

“What this dollar figure shows is the energy with our base is strong. They recognize that Democrats are trying to nullify their votes. And, it is just bringing in so much enthusiasm, but also financial support for the president, which is allowing us right now to attack Democrats in their home districts,” Ronna McDaniel, chairman of the committee, said during an appearance on “Fox & Friends.”

While general approval numbers for Trump have wavered between 40 percent and 50 percent for most of his presidency, support among Republicans have remained at 90 percent or above, even after weeks of the inquiry.

While some polls have shown slight majority support for the inquiry, voters in battleground states have signaled disapproval of the probe.

And most voters said in a poll released on Friday that the impeachment inquiry shouldn’t be the top priority for Congress, which has struggled under Pelosi’s speakership to accomplish much while focusing on investigating Trump.