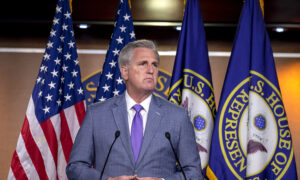 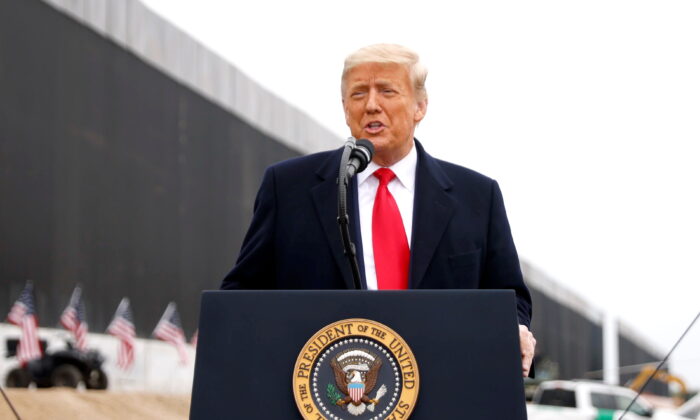 Former President Donald Trump is considering joining a new social media platform but stated he might create his own—coming after he was suspended by Twitter, Facebook, YouTube, and other Big Tech websites last month.

In an interview with Newsmax on Wednesday night—one of his first since leaving office—the former commander-in-chief said he is weighing his options after Twitter moved against him.

“We’re negotiating with a number of people, and there’s also the other option of building your own site. Because we have more people than anybody. I mean you can literally build your own site,” Trump said, adding that he is considering building his own platform.

“I really wanted to be somewhat quiet. They wanted me very much on Parler, you know they had a phony report that the man who was in there didn’t–I mean just the opposite, they really wanted me on Parler,” Trump said, referring to statements made by Parler’s former CEO John Matze.

However, he speculated that Parler would not be able to handle the amount of traffic he would bring to the website. “Mechanically, they can’t handle” the number of users, Trump noted in the interview.

Trump added that “if you look at what’s going on with Twitter, I understand it’s become very boring and millions of people are leaving. They’re leaving it because it’s not the same, and I can understand that.” Before his account was deleted, Trump had one of the most followed Twitter accounts and generated a significant amount of engagement.

Earlier this month, Jason Miller, one of Trump’s advisers, said the former president is deciding on how to reemerge on social media.

“I would expect that we will see the president reemerge on social media,” Miller told Breitbart News on Feb. 6. “Whether that’s joining an existing platform or creating his new platform, there are a number of different options and a number of different meetings that they’ve been having on that front. Nothing is imminent on that.”

When Trump was banned from Big Tech platforms, they said it was because the former president’s comments could have incited violence in the wake of the Jan. 6 Capitol breach—although Trump denounced the riots several times and called on protesters to demonstrate peacefully.

The breach at the U.S. Capitol started before Trump finished his speech at the rally, according to a timeline compiled by The Epoch Times. Meanwhile, the New York Times and CNN retracted reports that claimed Capitol police officer Brian Sicknick was killed by Trump supporters.

But bans handed down by Twitter, Facebook, Snapchat, and others drew considerable criticism from civil liberties organizations and conservatives, arguing that if these firms could ban the president, then any user could be banned for nearly any reason.

“We are always concerned when platforms take on the role of censors, which is why we continue to call on them to apply a human rights framework to those decisions,” according to a Jan. 7 statement from the Electronic Frontier Foundation. “We also note that those same platforms have chosen, for years, to privilege some speakers—particularly governmental officials—over others, not just in the U.S., but in other countries as well. A platform should not apply one set of rules to most of its users, and then apply a more permissive set of rules to politicians and world leaders who are already immensely powerful.”