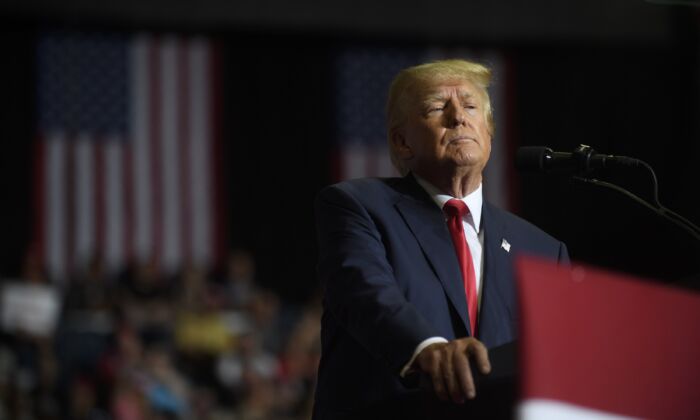 Trump Says He Thinks FBI Agents Took His Will

The FBI has referred inquiries on the raid to the Department of Justice, its parent agency. The DOJ did not immediately respond to a request for comment.

Agents executing a search warrant at Mar-a-Lago in Florida on Aug. 8 took some 100 documents marked classified in addition to over 11,000 non-classified documents, according to an inventory list released by the government. The government has also acknowledged that agents seized three of Trump’s passports.

Trump has said the FBI took his “complete and highly confidential medical file and history” in addition to tax records.

If the will was taken, “that could cause a lot of problems if that gets published,” Trump said on Tuesday, adding that some people may not be happy while others might be pleased.

When agents went to Mar-a-Lago, they asked representatives of Trump to turn off surveillance cameras, Trump and his team have said. Trump’s representatives refused, but Trump has yet to release the footage.

Sean Hannity, host of the Fox show, wondered why that was.

“Well, they’ve asked me not to do it because they feel the FBI agents might be in physical harm and danger because there is a fervor in this country,” Trump responded. “This country is so tired of this stuff so I have not done it.”

“You could pixel out their faces to protect their identity?” Hannity said.