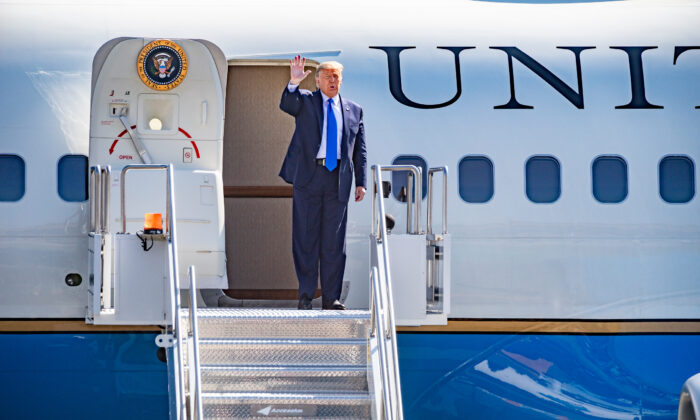 Trump Says He Identifies as a Non-Denominational Christian Now

President Donald Trump now considers himself a non-denominational Christian after long identifying as a Presbyterian.

The president spoke of his religious identity in a written interview with the Religious News Service.

“Though I was confirmed at a Presbyterian church as a child, I now consider myself to be a non-denominational Christian,” Trump wrote. The president told the website that his parents “taught me the importance of faith and prayer from a young age.”

In 2016, evangelical voters helped propel Trump to his presidential victory and he has often counted on them for support.

In early October, when the president contracted the CCP (Chinese Communist Party) virus, he claimed that his faith helped him recover so quickly. Trump spent several days in Walter Reed National Military Medical Center before he was cleared and now has a whirlwind campaign schedule with just days to go before the Nov. 3 election.

“I said, ‘There were miracles coming down from heaven.’ I meant it—Melania and I are very thankful to God for looking out for our family and returning us to good health,” he told the service.

He added, “Melania and I have gotten to visit some amazing churches and meet with great faith leaders from around the world. During the unprecedented COVID-19 outbreak, I tuned into several virtual church services and know that millions of Americans did the same.”

Trump also thanked people for their prayers after he contracted the virus.

“These amazing people love the U.S.A. and have a genuine desire to work together for the betterment of all Americans,” Trump added. “I appreciate their prayers and am encouraged by their great faith.”