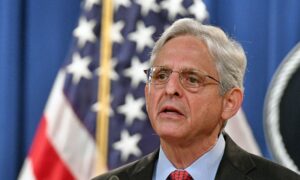 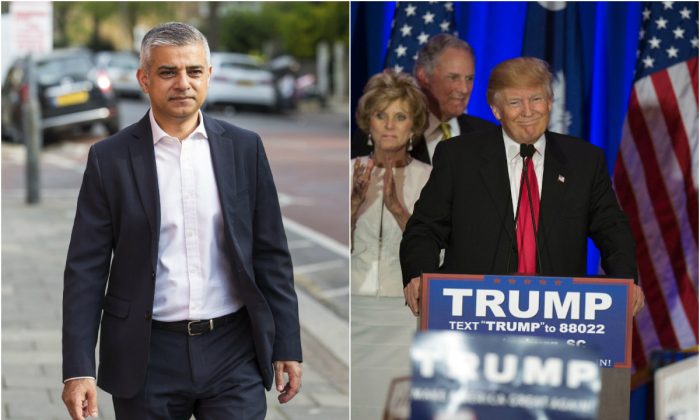 Trump Said He Would Make ‘Exceptions’ to Muslim Ban

Republican presumptive nominee Donald Trump told the New York Times that he was “happy” that Sadiq Khan had been elected mayor of London and that “there would always be exceptions” when asked if the proposed ban on Muslims would affect the mayor.

“I think it’s a very good thing, and I hope he does a very good job because frankly that would be very, very good,” Trump said.

In December of 2015, Trump made the controversial proposal for “a total and complete shutdown of Muslims entering the United States” following the Paris Terror attacks.

A practicing Muslim and Labour member, Khan won the London Mayoral election on May 6 against conservative Zac Goldsmith. This makes him the first Muslim elected as Mayor in any Western capital.

Khan responded to Trump’s “exception” comment, saying that the proposed ban is not just about him while making a broader swipe at the Republican nominee:

“This isn’t just about me. It’s about my friends, my family and everyone who comes from a background similar to mine, anywhere in the world,” he said.

“Donald Trump’s ignorant view of Islam could make both our countries less safe – it risks alienating mainstream Muslims around the world and plays into the hands of the extremists. Donald Trump and those around him think that western liberal values are incompatible with mainstream Islam – London has proved him wrong,” said the new London Mayor.

Earlier this week, Khan said that he wished to visit the United States to meet with New York City Mayor Bill De Blasio and Chicago Mayor Rahm Emanuel, but joked that he would have to plan the visit before January in case Trump won the election.

“If Donald Trump becomes the president I’ll be stopped from going there by virtue of my faith, which means I can’t engage with American mayors and swap ideas,” he told Time magazine.

Trump has been critical of the U.K., in particular, the “Muslim problem,” which he tweeted about following the attacks in Paris:

The United Kingdom is trying hard to disguise their massive Muslim problem. Everybody is wise to what is happening, very sad! Be honest.