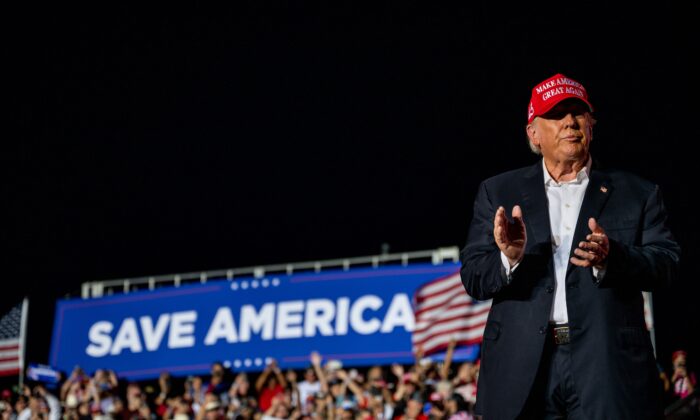 Trump founded Save America shortly after he lost the 2020 election in order to help the GOP retake the House and Senate during the 2022 midterm elections cycle. It has been wildly successful at raising money, currently boasting more than $105 million in its coffers, but has come under investigation for allegedly misleading donors.

MAGA-Inc is another PAC fueling Trump-endorsed GOP candidates in tight midterm races across the country, and has invested heavily in contentious races wherein the GOP appears to be losing steam.

Though MAGA-Inc filed its articles of organization just one month ago, the organization has raised more than $32 million, receiving an additional $8.9 million from another Trump-allied PAC and $1.5 million from donor Timothy Mellon.

The PAC was established by Trump allies to provide independent expenditures on behalf of candidates. Unlike direct contributions to political campaigns, such expenditures can be made in unlimited amounts, which the PAC appears to be taking advantage of. In the last month it has spent more than $8 million on Trump-endorsed candidates.

MAGA-Inc made several million-dollar ad buys this month in Senate races across Arizona, Georgia, Nevada, Ohio, and Pennsylvania. In each of those battleground states, Trump-endorsed candidates have begun to lag behind Democratic opponents in fundraising power.

The end-game financial plays by Trump and his allied PACs come amid a contentious and record-breaking midterm election cycle, which appears set to surpass even the 2020 presidential election in terms of campaign monies spent.

Whereas some $9.02 billion was spent during the 2020 election cycle, it is projected that the 2022 cycle will surpass $9.67 billion, according to competitive intelligence firm AdImpact.

For comparison, the 2016 presidential election between Trump and former Secretary of State Hillary Clinton saw $2.57 billion in campaign spending.

“Although 2022 is not a Presidential year, there are still many high-profile and competitive races fueling the historic levels of political ad spending that will carry through to November,” said an AdImpact report.

“In 2020 we saw historic amounts of political ad spending in House races and expect that precedent to be the new norm.”