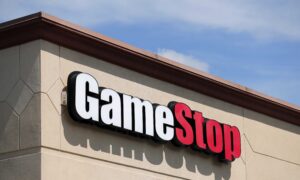 Some Reddit WallStreetBets Users Urge Others Not to Buy Silver, Stick With GameStop
0
Share Now
TelegramFacebookTweetEmailTellMeWeReddit
Copy Link
US News

Former President Donald Trump was nominated for the Nobel Peace Prize on Feb. 1 by an Estonian member of the European Parliament, Jaak Madison.

In a post on social media, Madison said: “In the last 30 years, Donald Trump is the first president of the United States, who during his tenure, has not started a war. Additionally, he signed several peace agreements in the Middle East which have helped provide stability in the region and peace.”

Madison was referring to the Abraham Accords, a joint statement between Israel, the United Arab Emirates, and the United States—and later, with Bahrain and other Arab countries.

“We encourage efforts to promote interfaith and intercultural dialogue to advance a culture of peace among the three Abrahamic religions and all humanity,” according to a statement on the State Department’s website. “We believe that the best way to address challenges is through cooperation and dialogue and that developing friendly relations among States advances the interests of lasting peace in the Middle East and around the world.”

“For his merit, I think he has done more trying to create peace between nations than most other Peace Prize nominees,” Tybring-Gjedde told Fox last year.

“The Nobel Peace Prize is not for popularity. Nor is it an assessment of what the international community may think of those who helped bring about peace,” Dershowitz wrote. “It is an award for fulfilling the daunting criteria set out by Alfred Nobel in his will.”

Under the diplomatic push, Trump’s administration also negotiated deals with Sudan and Morocco.

Kushner, in a statement on Jan. 31, said that he was honored to be nominated for the prize.

President Joe Biden’s administration is expected to review all national security deals struck during the Trump administration, including arms packages for the United Arab Emirates and Saudi Arabia.

Some lawmakers have complained about the Morocco deal because, to win the nation’s agreement, the United States recognized its sovereignty over the disputed Western Sahara.

Also on Feb. 1, the Black Lives Matter movement was nominated for the Peace Prize by a Norwegian Parliament member, Petter Eide. Eide said that people have messaged him “to say that BLM is a violent organization,” but he rejected the claims.

The winner of the Nobel Peace Prize will be awarded in November.