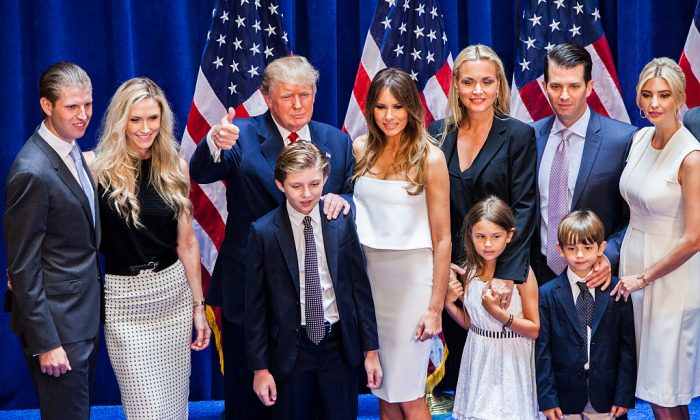 Former President Donald Trump and two of his children have been issued subpoenas by New York Attorney General Letitia James as part of a civil investigation into the family’s business, according to a court filing that was unsealed on Jan. 3.

According to court documents, James’s office is seeking documents and testimony from Trump, Ivanka Trump, and Donald Trump Jr.. “in connection with an investigation into the valuation of properties owned or controlled” by the former president and his company, The Trump Organization.

Previously, James’s office had issued a subpoena to Trump seeking testimony and set a Jan. 7 deadline. Trump’s attorneys said they would move to block the subpoena, while another one of his children, Eric Trump, provided testimony in late 2020 following a subpoena.

Ivanka Trump and Donald Trump Jr., considered longtime business associates of their father, are expected to file motions to block the subpoenas, James’s office said in the court filing in Manhattan. James noted that former President Trump is fighting an earlier subpoena that was issued by her office.

According to the filing, her office “will oppose any motion to quash” an attempt at relief “within 14 days of the filing of the motion,” and James will “file any cross motion to enforce the subpoenas” to the individual Trump family members.

Those subpoenas would allow for James’s office to obtain documents and testimony regarding the Trump properties “or any matter which the Attorney General deems pertinent thereto,” the court filing reads.

Judge Arthur Engoron signed off on James’s proposed schedule, which stipulates deadlines for when attorneys for the three Trump family members can file motions. Attorneys for the Trumps have also agreed to the schedule, according to the filing.

The former president has long held that James’s and the Manhattan district attorney’s investigations are part of a witch hunt to wound him politically.

Trump filed suit against James in December in a federal court in Albany, New York, the state’s capital, in a bid to block her investigation. The former commander-in-chief is arguing that her investigation is contaminated by political bias.

“Her mission is guided solely by political animus and a desire to harass, intimidate, and retaliate against a private citizen who she views as a political opponent,” Trump’s attorneys said in the suit, which was filed on behalf of the Trump Organization and Trump.

The attorneys also cited numerous statements that she has made in public about Trump, including her support for so-called die-in protests against him, as well as her public boast that her office has sued his administration 76 times.

James had announced in 2021 that she would enter the New York governor’s race, but she suspended that campaign in December and said she would seek reelection as the state’s attorney general.

Representatives for The Trump Organization didn’t respond to a request for comment by press time.