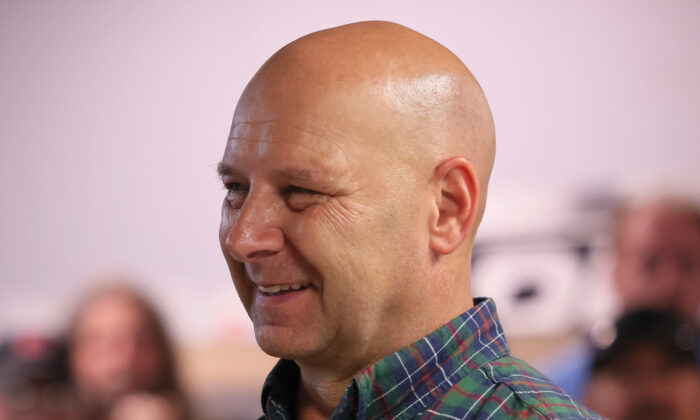 Pennsylvania Sen. Doug Mastriano (R-Pa.) got a boost in the state’s gubernatorial race on May 14.

“He is a fighter like few others and has been with me right from the beginning, and now I have an obligation to be with him,” Trump said, calling Mastriano “a man who will never let you down.”

“I’m honored to receive the endorsement from President Trump, today. But the honor is not for me. It’s for the millions of hard-working Pennsylvanians who want their individual liberties restored, power returned to the people, and for their elected leaders to fulfill the America First—and Pennsylvania First—agenda,” Mastriano said in a statement.

Barletta quickly responded, saying that he has proven throughout the campaign that he’s the best Republican “to unite the Republican Party and defeat Josh Shapiro.”

“I will continue unifying our grassroots conservatives towards our shared goal,” a victory in the general election, Barletta said. He said he expects Trump to endorse him if he emerges from the Republican primary.

Voters will head to the polls for the primaries on May 17.

Former U.S. Attorney Bill McSwain is among the other choices for GOP voters.

Several top Republicans have recently dropped out of the race and endorsed Barletta.

Pennsylvania President Pro Tempore Jake Corman said he made the move “for the greater good of our party,” describing Barletta as “someone who can win in November.”

Former Rep. Melissa Hart (R-Pa.), another candidate, suspended her campaign and called on fellow Republicans to join her in backing Barletta, calling him “a proven leader.”

“We’ve all seen the terrible direction Pennsylvania has taken over the last seven-and-a-half years, and we know that Josh Shapiro would make things even worse,” Barletta said after Hart endorsed him. “I have a history of beating Democrats, having been elected mayor in a heavily Democratic city and defeated a 26-year incumbent Democrat for Congress. There is no question that as the Republican nominee, I can also beat Josh Shapiro, because the people of Pennsylvania know me. I am proven, road-tested, and ready to lead.”

Correction: A previous version of this article misstated the party for Mastriano. He is a Republican. The Epoch Times regrets the error.