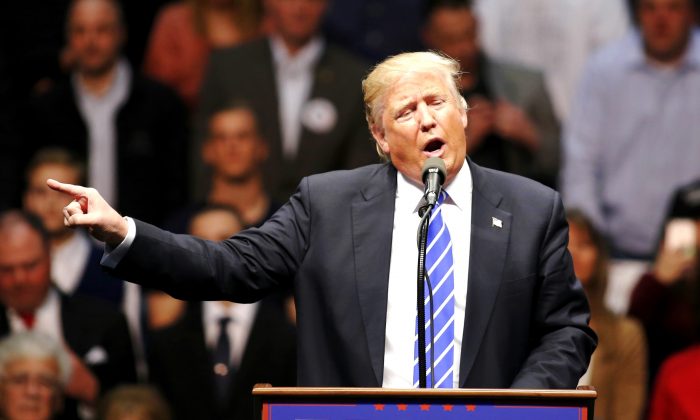 Trump: Delegate Process a ‘Disgrace,’ RNC Chair Should Be ‘Ashamed of Himself’

Donald Trump blasted the Republican National Committee (RNC) on Tuesday, charging the process that allowed Colorado to give all 34 delegates to Ted Cruz as a “disgrace” and said that RNC chair Reince Priebus “should be ashamed of himself.”

In Colorado, instead of having a primary or caucus, the delegates were chosen by party insiders at a state convention.

“It should go to a vote in Colorado like other places. … The best way to do it would be just a vote, should be a vote of the people. That’s the way it should be done. The delegate situation is a very unjust way of doing things,” Trump said.

A spokesperson for the RNC shot back, blaming Trump’s defeat in Colorado on his campaign’s inability to grasp the primary’s procedures.

“Each state and territory submitted a plan on how to allocate and select their delegates last year,” RNC spokesperson Sean Spicer said in an email. “Those plans were made available to every campaign. Understanding the delegate selection and allocation is a basic part of the campaign.”

Pressed on whether Trump might file a lawsuit against the RNC, Trump demurred, although he had previously trotted out the threat after not getting enough delegates from his victory in Louisiana.