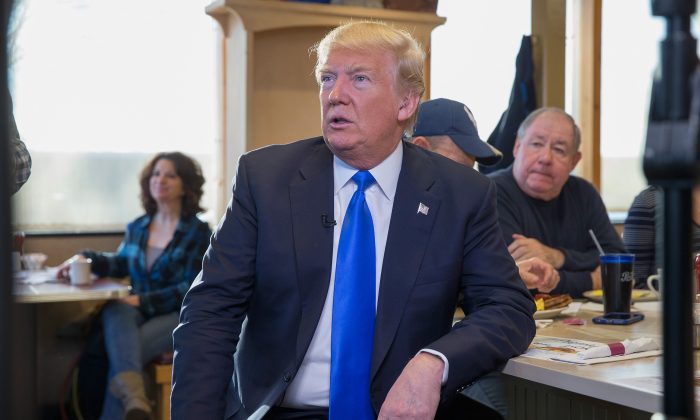 Responds to decisive loss in Wisconsin.
By Steven Klett
Print

Donald Trump’s campaign returned to a familiar target after losing the Wisconsin primary on April 5 to Ted Cruz: the Bush family.

Neil is Jeb Bush’s brother, who Trump sparred with earlier in the election cycle. Last month Neil endorsed Ted Cruz, and has been working with the Cruz campaign as a part of their finance team.

“This is going to be a very serious problem if Sen. Cruz continues to go down this path and then neither Trump or Cruz becomes the nominee,” continued Pierson.

Cruz has been looking to secure as many delegates ahead of the convention, hoping to have as much delegate and establishment support in the event of a contested convention.

If it does go to a contested convention … you will see a lot of the rules changing again, because that is how the establishment blocks the people’s choice.
— Katrina Pierson, Trump Spokeswoman

Pierson added that if it doesn’t go to a contested convention that the rules are likely to change under a Trump presidency:

“If it does go to a contested convention, which it very well may not, you will see a lot of the rules changing again, because that is how the establishment blocks the people’s choice,” Pierson said. “They’ve admitted it. They’re not hiding it.”

Trump is looking to regain their footing with a win in New York on April 19 where recent polls have shown the Republican frontrunner and Queens native with over 30-point margins.