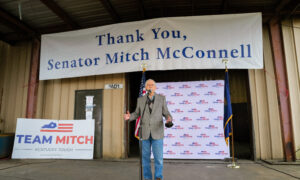 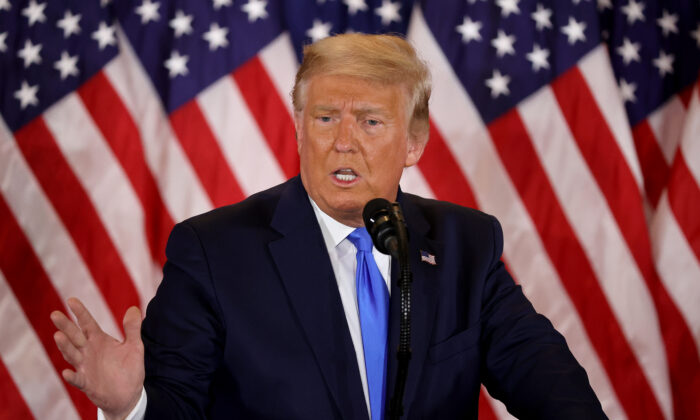 The suit was filed in the Michigan Court of Claims.

It seeks to halt counting “until meaningful access has been granted,” Stepien said.

“We also demand to review those ballots which were opened and counted while we did not have meaningful access. President Trump is committed to ensuring that all legal votes are counted in Michigan and everywhere else,” he added.

Biden was scheduled to speak in an afternoon press conference in Delaware about election developments. It wasn’t clear whether he would take questions.

Trump’s campaign earlier Wednesday said it was requesting a recount of Wisconsin’s vote after Biden appeared to win the state by a narrow margin.

Trump has said in recent weeks that he would file legal challenges to make sure votes were tabulated properly.

“President Trump is absolutely right to keep all legal options on the table as we evaluate results,” Trump private attorney Jenna Ellis said in a statement. “He is committed to protecting election integrity and defending the Constitution. We are a nation of rules, not rulers.”

Trump campaign members, meanwhile, said they were headed to Philadelphia to hold a press conference on Wednesday afternoon.

Rudy Giuliani, another Trump lawyer, said he was en route to the Pennsylvania city with a legal team.

Trump is up by hundreds of thousands of votes at present, with over one million left to count, Giuliani noted, adding: “Will not let Philly Democrat hacks steal it!”

Trump told the nation in an address around 2 a.m. Wednesday that he was winning a number of states before some abruptly stopped counting ballots.

“You know what happened? They knew they couldn’t win so they said, ‘Let’s go to court,'” he said.

Trump said his campaign would be asking the Supreme Court to stop voting.

“We don’t want them to find any ballots at four o’clock in the morning and add them to the list. Okay? It’s a very sad moment. To me this is a very sad moment and we will win this. And as far as I’m concerned, we already have won it,” he said.

Trump was behind Biden in electoral votes on Wednesday, with a number of battleground states not yet called.

“It was outrageous because it is a naked effort to take away the democratic rights of American citizens. It was unprecedented because never before in our history has a president of the United States sought to strip Americans of their voice in a national election. Having encouraged Republican efforts in multiple states to prevent the legal counting of these ballots before Election Day, now Donald Trump is saying these ballots can’t be counted after Election Day either. And it was incorrect because it will not happen,” she said.

“The counting will not stop. It will continue until every duly cast vote is counted. Because that is what our laws—the laws that protect every Americans’ constitutional right to vote—require.”