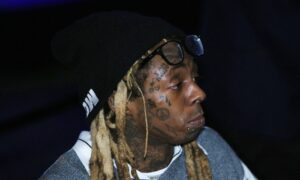 Former President Donald Trump’s lawyers submitted a brief denying that the former president should be tried in the Senate after the House impeached him last month, arguing that it goes against the Constitution to impeach a former official who doesn’t hold any office.

Lawyers David Schoen and Bruce Castor argued that the Constitution “requires that a person actually hold office to be impeached” and that Trump was exercising his First Amendment right of free speech to question the results of the November election.

The Senate requires at least 67 senators to convict a president, while the House only requires a simple majority. House impeachment managers released a brief on Tuesday, alleging that Trump’s speech and conduct incited the violence at the Capitol on Jan. 6. Ten Republicans joined all Democrats in impeaching Trump, who was still in office at the time.

“President Trump’s conduct must be declared unacceptable in the clearest and most unequivocal terms. This is not a partisan matter. His actions directly threatened the very foundation on which all other political debates and disagreements unfold,” a brief filed by Democratic House impeachment managers stated. “They also threatened the constitutional system that protects the fundamental freedoms we cherish.”

Still, Democratic impeachment managers alleged that the former president’s “actions directly threatened the very foundation on which all other political debates and disagreements unfold.” Furthermore, they said his conduct “requires” that he be convicted in the Senate and barred from holding office in the future.

Castor and Schoen also argued in their brief that Trump did not make false election claims—as Democrats have alleged—and said state election laws were changed to favor mail-in balloting efforts amid the pandemic.

“Insufficient evidence exists upon which a reasonable jurist could conclude that the 45th President’s statements were accurate or not, and he therefore denies they were false,” they wrote.

In an interview with Fox News’ Sean Hannity, Schoen said the defense would make the case that Trump’s impeachment is unconstitutional, the Capitol riot was in part pre-planned, and that a conviction would be a blow to the First Amendment.

“Besides the fact that this process is completely unconstitutional … this is a very, very dangerous road to take with respect to the First Amendment, putting at risk any passionate political speaker, which is against everything we believe in this country,” Schoen said.

In his Jan. 6 remarks, Trump “condemned violence at all times,” Schoen added. “Read the words of his speech. It calls for peacefulness,” he said.

The claim of free speech was challenged by the Democratic impeachment managers, who asserted that Trump’s comments were a “direct assault on core First Amendment principles.”

The impeachment trial is scheduled to start next week.