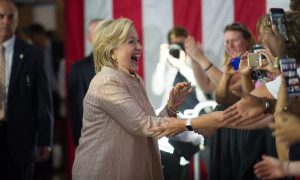 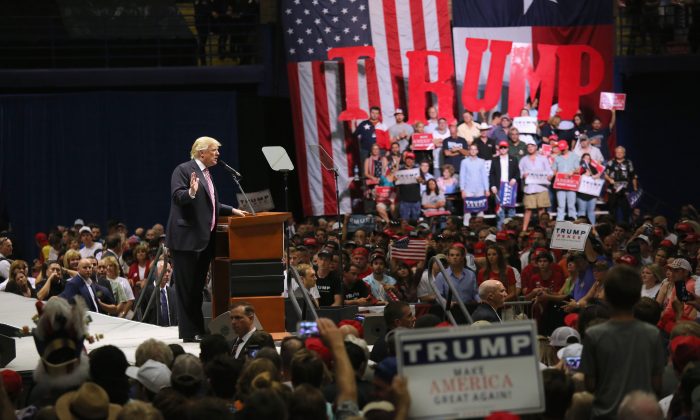 Donald Trump capitalized on new reports showing that his opponent Hillary Clinton had met with Clinton Foundation donors while she was secretary of state.

The Associated Press reported Tuesday that while secretary of state, Clinton met with 154 people outside of government, of which at least 85 had donated to her family charity or pledged commitments to its international programs.

“It is impossible to figure out where the Clinton Foundation ends and the State Department begins,” Trump said at a rally in Tampa, Florida, on Wednesday.

Over the past week Trump has attacked Clinton multiple times over her ties to the Clinton Foundation. Trump described the foundation as the “most corrupt enterprise in political history” in a statement earlier this week.

He also called on the foundation to be shut down.

“What they were doing during Crooked Hillary’s time as Secretary of State was wrong then, and it is wrong now. It must be shut down immediately,” he said in a statement.

Trump expanded his attack on Fox and Friends Monday, questioning some of the countries that have donated to the Clinton Foundation.

“Countries that influenced her totally and also countries that discriminated against women and gays and everybody else. I mean, that money should be given back. They should not take that money,” he added.

The AP report coincided with 725 pages of emails that were released by conservative watchdog Judicial Watch. At least a dozen email exchanges showed Clinton’s aides fielding requests for meetings with, or favors from, Hillary Clinton by Clinton Foundation donors. Most of the requests where made through Doug Band who, at the time, served as a top executive on the foundation.

The Clinton campaign dismissed both the AP report and the newly released emails. Last week, the Clinton Foundation announced that if Clinton were elected president, the organization would no longer be accepting international and corporate donations, as part of a larger pushback against questions about her qualification and trustworthiness.