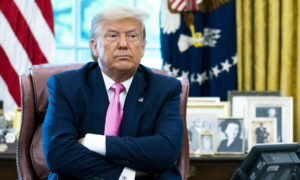 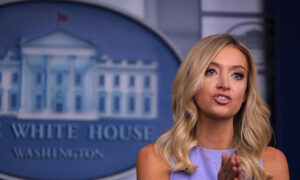 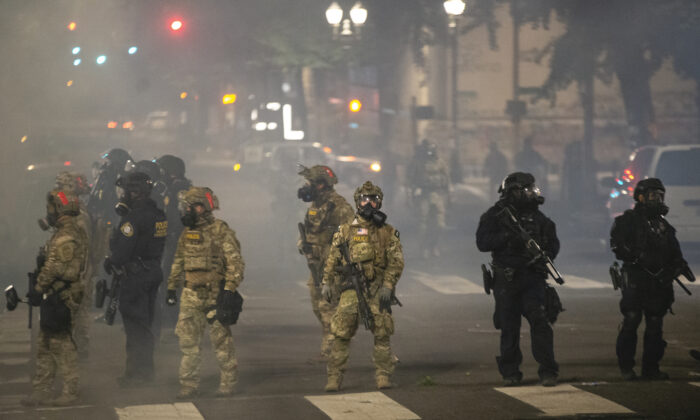 President Donald Trump announced on Wednesday a surge of federal law enforcement will be sent into Chicago, Illinois, and Albuquerque, New Mexico, as part of efforts to combat a recent surge in violent crime in those cities and restore public safety.

The announcement represents an expansion of a Justice Department (DOJ) program—known as “Operation Legend”—to stem the spike in violent crimes across the country. Operation Legend, named after 4-year-old LeGend Taliferro, who was shot and killed while sleeping in his home, was first launched in Kansas City, Missouri, as part of Trump’s promise to assist cities that have have been hit by a recent string of violence, the DOJ said.

Trump said the hundreds of law enforcement officers from the FBI, U.S. Marshal Service, Drug Enforcement Administration (DEA), and the Bureau of Alcohol, Tobacco, Firearms, and Explosives (ATF) will be sent to the cities in an effort to drive down crime, in particular gun violence. Hundreds of federal agents have already been sent to Kansas City to address violent crime after Taliferro’s death.

Chicago is currently facing a significant increase in violent crime, with at least 414 people murdered this year—which is about a 50 percent increase compared to the same time last year. Over the weekend of July 17, more than 60 people were shot in Chicago, where 14 were killed. Similarly, Albuquerque is also facing a surge in crime, with four murders within a 24-hour period on the July 10 weekend, federal authorities say.

“This rampage of violence shocks the conscience of our nation and we will not stand by and watch it happen,” Trump said. “No mother should ever have to cradle her dead child in her arms simply because politicians refuse to do what is necessary to secure their neighborhood and to secure their city.”

Joining Trump in the White House for the announcement were family members of Taliferro, Jacqueline Vigil, who was fatally shot in November 2019 in Albuquerque, and Vernado Jones Jr., a 14-year-old boy who was shot and killed in early July in Chicago.

More than 100 officers from the FBI, DEA, and ATF will be directed to augment existing joint federal, state, and local task forces investigating Chicago’s violent gangs, gun crime, and drug trafficking operations, the DOJ said. Meanwhile, the U.S. Marshal Service and the Department of Homeland Security have also committed to sending about 100 agents each to support the operation.

An additional 35 agents will also be sent to Albuquerque.

“The most basic responsibility of government is to protect the safety of our citizens,” Attorney General William Barr said.

This comes as the Trump administration has drawn widespread criticism for deploying federal forces to Portland, Oregon, to protect federal buildings and monuments. The city has seen over 5o consecutive days of rioting and violence. Rioting began in the city since late May in the wake of George Floyd’s death, but Portland Mayor Ted Wheeler said the unrest only escalated after federal forces dispatched to the city.

Accounts of how federal officers have been arresting rioters who have caused damage to a federal courthouse have raised concerns among local officials and U.S. lawmakers. Protesters have alleged federal agents wearing camouflage and tactical gear without identifying insignia are detaining individuals and placing them into unmarked vehicles without stating the basis for an arrest, according to various accounts made to media outlets.

The accuracy of these reports has been disputed by acting Department of Homeland Security Secretary Chad Wolf, who says the federal officers wear multi-camouflage that have insignia that read “Police” and that the operations only target and arrest individuals who have been identified as committing criminal acts.

Chicago Mayor Lori Lightfoot, who has been highly critical of the events in Portland, appeared receptive to the announcement on Wednesday, saying that the federal agents being sent as part of Operation Legend are different from the ones that were deployed to Portland.

Lightfoot said that the federal agents being sent to Chicago are unlike the ones in Portland as they are part of the FBI, DEA, and ATF and “will be plugged into the existing infrastructure of those agencies and managed and supervised on existing cases and investigations.”

“If those agents are here to work actually in partnership in support of gun violence and violent cases, plugging into the existing infrastructure of federal agencies, not trying to play police in our streets then that’s something different and that may add value,” Lightfoot said in a press conference following Trump’s announcement. “But the proof is in going to be in the pudding. It’s too soon to say whether this is a value add or not.”

Meanwhile, New Mexico officials said they will actively monitor the operation for potential civil rights violations but added that they would welcome “genuine conversation about community public safety work and fighting violent crime.”

“If the Trump administration wishes to antagonize New Mexicans and Americans with authoritarian, unnecessary and unaccountable military-style ‘crackdowns,’ they have no business whatsoever in New Mexico,” Gov. Michelle Lujan Grisham wrote in a statement.

“An exercise meant only to escalate tension in New Mexico communities would be flatly unacceptable.”

Trump, during his press conference, also announced that the DOJ will provide more than $61 million in grants to help state and local law enforcement agencies to hire hundreds of police officers in cities that will focus on Operation Legend.

“Every American no matter their income, their race or their zip code should be able to walk their city streets, free from violence and free from fear,” he said.