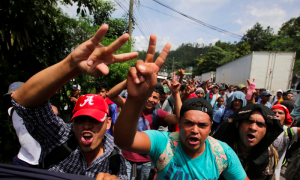 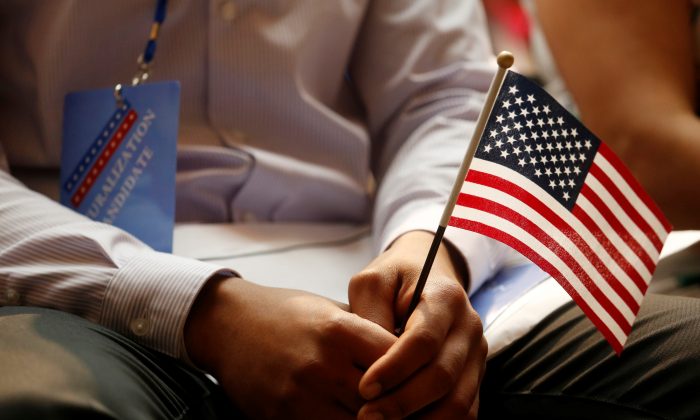 The U.S. Citizenship and Immigration Service has begun to remind immigrants that if they receive any welfare benefits prior to becoming a citizen, their sponsors will be responsible for repaying the government.

“If the sponsored immigrant receives any federal means-tested public benefits, the sponsor will be expected to reimburse the benefits-granting agency for every dollar of benefits received by the immigrant,” the U.S. Citizenship and Immigration Service (USCIS) wrote on Twitter on June 14.

Immigrants who apply for permanent residency and citizenship in the United States are required to find a sponsor who guarantees to support them financially. The affidavit of support is a legally enforceable contract between the sponsor and the government. The financial obligation usually ends once the immigrant becomes naturalized or after the immigrant completes 10 years of full-time work.

The USCIS is taking the step in response to a presidential memorandum signed by President Donald Trump in May. The order directs federal agencies to update their regulations to comply with a federal law that prohibits non-citizens from receiving public benefits.

“As part of implementation, we’ll now remind individuals at their adjustment of status interviews of their sponsors’ responsibilities under existing law & regs,” USCIS wrote on Twitter.

On May 23, the White House issued a memo titled “Memorandum on Enforcing the Legal Responsibilities of Sponsors of Aliens.” Among other directives, the memo calls on the federal government to come up with a procedure for filing civil lawsuits in order to receive reimbursement from sponsors who vouched for immigrants who received welfare.

Immigrants are eligible for certain public benefits once they have been in the United States for a certain amount of time. The enforcement of the affidavits of support would apply to these cases.

“A key priority of my Administration is restoring the rule of law by ensuring that existing immigration laws are enforced,” Trump stated in the memo. “The immigration laws currently require that, when an alien receives certain forms of means-tested public benefits, the government or non-government entity providing the public benefit must request reimbursement from the alien’s financial sponsor.”

In addition to his work to stem the flow of illegal aliens into the country, Trump is pushing for an overhaul of the legal immigration system to be primarily merit-based. The president wants to end the green card lottery program and limit the scope of family-based migration.

Under the merit system, priority will be given to younger immigrants with high education attainment and technical skills who are qualified for high-wage jobs. Future immigrants also will have to demonstrate financial self-sufficiency, knowledge of the English language, and pass a civics exam.

The USCIS move doesn’t affect illegal aliens since they bypassed the legal immigration process and don’t have sponsors who signed affidavits. That includes illegal alien parents who receive public benefits via a child who was born in the United States.

Illegal aliens who fraudulently receive public benefits and don’t have sponsors can be prosecuted for repayment. In June, a Guatemalan woman was sentenced to two months in prison for fraudulently receiving $19,900 in welfare benefits over the course of five years. The woman, Cleotilde Puac-Gomez, 46, was working under an alias in Iowa and used someone else’s Social Security number to obtain work.