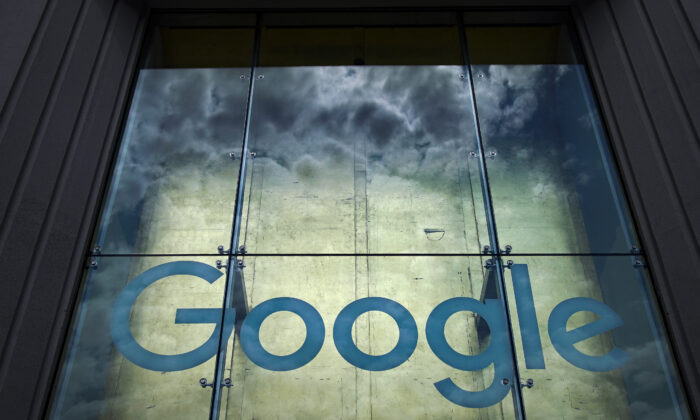 The U.S. Department of Justice and 11 states have filed a federal antitrust lawsuit against Google accusing the internet search giant of unlawful monopolistic behavior in its search business.

“Google is the gateway to the internet and a search advertising behemoth,” U.S. Deputy Attorney General Jeff Rosen told reporters. “It has maintained its monopoly power through exclusionary practices that are harmful to competition.”

“Since my confirmation, I have prioritized the Department’s review of online market-leading platforms to ensure that our technology industries remain competitive. This lawsuit strikes at the heart of Google’s grip over the internet for millions of American consumers, advertisers, small businesses and entrepreneurs beholden to an unlawful monopolist.”

The lawsuit against Google was filed Oct. 20 in federal court in the District of Columbia by the federal government and 11 states—Arkansas, Florida, Georgia, Indiana, Kentucky, Louisiana, Mississippi, Missouri, Montana, South Carolina, and Texas—against Google LLC of Mountain View, California.

The proceeding was brought under Section 2 of the Sherman Act, a federal statute, in an effort “to restrain Google LLC (Google) from unlawfully maintaining monopolies in the markets for general search services, search advertising, and general search text advertising in the United States through anticompetitive and exclusionary practices, and to remedy the effects of this conduct,” according to the 64-page legal complaint.

According to the plaintiffs, Google owns or controls about 80 percent of the market for search channels and accounts for 90 percent of all searches in the United States, and 95 percent of all mobile searches. Google’s market power, based upon its immense size and the exclusive agreements it uses allegedly to limit competition, makes it difficult for competitors to enter the search engine field and has the effect of forcing anyone who wants to conduct business online to access the company’s products.

“Two decades ago,” the complaint states, “Google became the darling of Silicon Valley as a scrappy startup with an innovative way to search the emerging internet.”

“That Google is long gone. The Google of today is a monopoly gatekeeper for the internet, and one of the wealthiest companies on the planet, with a market value of $1 trillion and annual revenue exceeding $160 billion. For many years, Google has used anticompetitive tactics to maintain and extend its monopolies in the markets for general search services, search advertising, and general search text advertising—the cornerstones of its empire.”

Seton Motley, president of Less Government, a Washington-area nonprofit, noted sarcastically that “Google’s only worth a trillion dollars. And controls 90 percent of Search. And a titanic percentage of online ad sales.”

“Oh—and they have been engaging in massive election interference since at least 2016,” he told The Epoch Times.

“I’m thrilled D.C. finally overcame the massive bipartisan cronyism Google has purchased with huge campaign coin to actually address a major threat to our economy and our republic.”

Sen. Josh Hawley (R-Mo.), a high-profile Silicon Valley critic, described the legal action as “the most important antitrust case in a generation.”

“Google and its fellow Big Tech monopolists exercise unprecedented power over the lives of ordinary Americans, controlling everything from the news we read to the security of our most personal information,” Hawley said in a statement.

Google reacted to the suit.

“Google Search has put the world’s information at the fingertips of over a billion people,” Kent Walker, senior vice president of global affairs for the company, said in a statement.

“Our engineers work to offer the best search engine possible, constantly improving and fine-tuning it. We think that’s why a wide cross-section of Americans value and often love our free products.

“Today’s lawsuit by the Department of Justice is deeply flawed. People use Google because they choose to, not because they’re forced to, or because they can’t find alternatives.

“This lawsuit would do nothing to help consumers. To the contrary, it would artificially prop up lower-quality search alternatives, raise phone prices, and make it harder for people to get the search services they want to use.”

The legal move against Google comes after criticism of the company, and of the large tech companies of Silicon Valley in general, has reached a fever pitch in recent days after Facebook and Twitter moved to suppress a news story centered around alleged corruption involving Democratic presidential candidate Joe Biden and his son Hunter.

The panel is expected to move forward with a vote on Oct. 22, Axios reports. Republicans want to question the two CEOs about their platforms restricting the reach of the story about the Bidens, which first appeared in the New York Post.