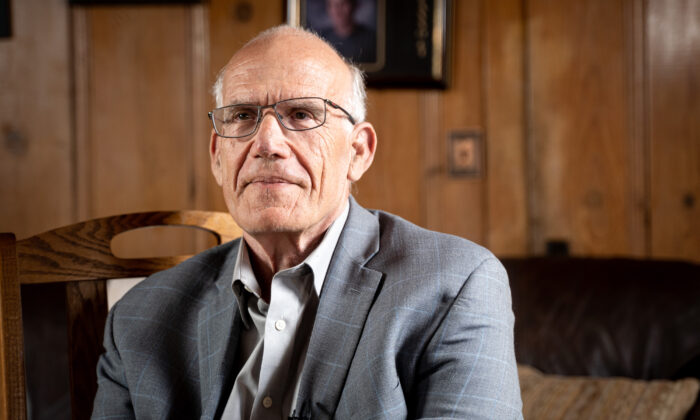 Tribalism and Globalism: Destroying the Idea of America

Are globalism, the ambitions of the rich and the powerful, and loyalty to a group or an ideology rather than to a country undermining the foundations of America? Is citizenship becoming meaningless? And is the middle class in particular bearing the brunt of these assaults on the traditions and ideals of the American Dream?

American Thought Leaders host Jan Jekielek sat down with historian Victor Davis Hanson to discuss these topics and Hanson’s latest book, “The Dying Citizen: How Progressive Elites, Tribalism, and Globalization Are Destroying the Idea of America.”

Jan Jekielek: Victor, I’ve had such a good time reading your new book, “The Dying Citizen.” This governance by the expert class you mention in the epilogue greatly accelerated in 2020, the annus horribilis, as you call it. At the same time, we’re seeing it failing in real time.

Victor Davis Hanson: I tried to write “The Dying Citizen” with the idea of some historical or cultural history and background, and then provide contemporary examples that reflect those long-standing trends. But I had no idea when I finished the book that we would see this disaster at the border or General Milley or what’s happened in Afghanistan or critical race theory.

I’ll give you an example. General Milley is not elected, but we learned he called his Chinese communist counterpart and suggested he would tip them off if Trump took some sort of preemptive action.

He said later, when asked under oath, he didn’t really believe that Trump was deranged. Yet he interrupted the chain of command concerning nuclear protocols, even though the chairman of the Joint Chiefs is forbidden by statute from doing so.

Then we go to Dr. Fauci. He still cannot explain how he channeled $600,000 through EcoHealth to the virology lab in Wuhan, which we now know is the source of the virus.

But they all exercise judicial, executive, and legislative powers. And they all seem blind to the atrocity that’s the modern Chinese Communist Party.

Mr. Jekielek: Victor, why do you feel this progressive ethos—and you document this quite extensively in the first chapter—is set against a thriving middle class?

Mr. Hanson: The elite resent the aspirations of the middle class, who are interested in their family, their church, their country, their history, and their traditions.

Middle-class people have experience with reality because they have to work and feed their families.

They’re also thinking, planning, and strategizing for their own interest. So they combine muscular activity and intellectual activity: knowledge of the farming, oil, minerals, steel, and manufacturing that makes America go.

Mr. Jekielek: In your book, you make the case that progressives are regressive in historical terms.

Mr. Hanson: When you have a border where 2 million people this year alone are scheduled to cross, there’s little point in saying “I’m a citizen and you’re not a citizen,” “I have responsibilities you don’t have,” “I have rights you don’t have.”

And a very dangerous pre-civilizational pathology is tribalism, the idea that you identify with the person who has superficial affinities with you—skin color, hair color, eye color, or linguistic commonalities. So I hire my first cousin—and not the other person who’s better qualified—because he’s part of the tribe.

It’s very disheartening, 50 years and more after the civil rights movement, to hear that what counts is the color of our skin and not the content of our character. We’ve gone back to a pre-civilizational mentality.

Mr. Jekielek: Certain rights and responsibilities come with citizenship, but that’s not understood right now, is it?

Mr. Jekielek: Absolutely. The expectations of tolerance are uniquely placed on America by Americans, not by anybody else—by the people espousing this ideology.

Mr. Hanson: Part of it is more mundane. The left is in crisis. They’ve made this long march and taken over professional sports, entertainment, Hollywood, the corporate boardroom, Wall Street, K through 12, academia, foundations, Silicon Valley—and yet they only get 30 percent to 40 percent that poll in their favor.

They have two avenues to retain power. One is to change the demography and destroy the idea of citizenship and borders. Allow immigrants to enter the country illegally.

Then there are those who want to change the system.

This new version of neo-Marxism transcends all of the former political stances of the left. You can really see what’s happening when the secretary of state, Mr. Blinken, tells us that he’s invited the U.N. to adjudicate whether we’re racist at a time when China has over a million and a half people incarcerated in a labor camp.

Mr. Jekielek: I can’t help but think about something that the Chinese Communist Party and the critical social justice movement have in common—which is this idea, “If you’re not with me, you’re the enemy.”

Mr. Hanson: Yes. You can’t argue with these people because it’s almost a religious cult, and they believe in faith, not empiricism.

Mr. Hanson: Yes. Of all of the Frankfurt School, he was the most honest in saying, “We’ll decide what will be tolerated and what will not be tolerated. Because we’re revolutionaries, and we start with the premise that we’re morally superior.”

Mr. Jekielek: Is the media—which indeed we’re very much trying to do at The Epoch Times—supposed to be truth to power? It’s a huge issue.

Mr. Hanson: We don’t believe in these institutions anymore because they have been culpable, and we don’t know what’s true and what’s not.

Mr. Jekielek: What do you say to people thinking about things like a national divorce?

Mr. Hanson: It’s more likely that we’ll see something like the third and fourth century with Rome and the new city of Constantinople.

While the West was disintegrating, people were actually moving into Eastern Europe toward the confines of the Byzantine Empire. They were the ones that gave us the Justinian Law Code and Hagia Sophia, the biggest church in the world until the Vatican was built, and a lot of other good things. They lasted a thousand years beyond the Western Romans.

If I go to Seattle, which I did recently, or to Chicago, or to Washington or New York, and I compare them to Knoxville or Salt Lake City, I find different premises on how to run a city.

Rather than a civil war, I think we’ll gradually have two manifestations of America. One will be enduring and solid, more tradition-bound, more religious. The other will be more freewheeling, more cosmopolitan, globalist, maybe more exciting but ultimately unsustainable.

Mr. Hanson: I don’t have a blueprint to restore citizenship.

But we do have a self-correcting mechanism if the citizens exercise their constitutional rights and vote, and are vocal.

I think this annus horribilis is an aberration. I have to believe that. If I don’t believe it’s an aberration, then we’re through. I think the dying citizen can be resurrected.