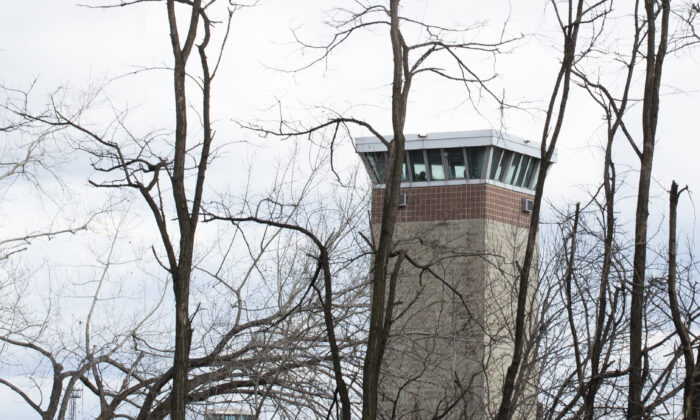 An external view of the Northern State Prison in Newark, New Jersey is seen on Jan. 18, 2021.(Kena Betancur/AFP via Getty Images)
US News

A transgender inmate who impregnated two women in an all-female prison has been transferred to a new facility, according to local reports.

Originally named Demitrius, Minor began transitioning after entering the prison system. Minor is serving a 30-year sentence for aggravated manslaughter and carjacking after stabbing his former foster father to death.

Minor’s case gained attention in April when the New Jersey Department of Corrections confirmed that Minor had consensual sexual relationships with two female inmates, causing them both to become pregnant.

The 27-year-old confirmed the news at the time in an April 14 post, saying that the relationship began “at least as early as January,” and that all three were held in some form of solitary confinement after the pregnancies came to light.

The transfer took place on June 24, and Minor is currently being held in the Burlington facility’s vulnerable housing unit, according to Dan Sperrazza, executive director of the Department of Corrections’ external affairs office.

“NJDOC cannot comment on specific housing actions regarding an individual,” Sperrazza told The Epoch Times. “However, decisions related to an incarcerated person’s housing are made within the parameters of the settlement agreement, which requires consideration of gender identity and the health and safety of the individual.”

Corrections department records show that Minor will be eligible for parole in 2037.

New Jersey state prisons adopted a policy change regarding gender identity after reaching a lawsuit settlement with the American Civil Liberties Union of New Jersey last June. Under the new policy, the prisons house inmates based on their preferred gender identity rather than their biological sex, and can only use gender-neutral or preferred pronouns to address inmates who identify as transgender, intersex, and gender non-binary.

The corrections department agreed to maintain the policy for at least one year under the settlement. While the one-year term has passed, Sperrazza said the department has continued to operate under the policy, but is “reviewing the policy for housing transgender incarcerated persons with the intention of implementing minor modifications.”

The department “continues to house incarcerated persons based on requests to be housed in alignment with their gender identity, including individuals at Edna Mahan,” he said.

Edna Mahan, where Minor stayed from 2020 through June, currently has a total of 12 biologically male prisoners who identify as women.