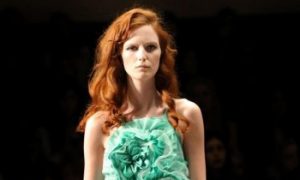 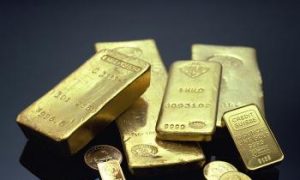 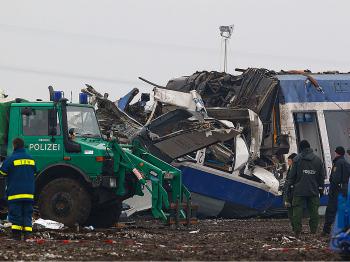 Emergency staff work at the scene of an accident where a passenger train collided head on with a goods train on January 30, 2011 in Hordorf near Oschersleben, Germany. (Marco Prosch/Getty Images)
Europe

Both trains were traveling on a single-track section between Magdeburg and Halle in foggy conditions and at a high speed. The head-on crash threw the passenger train off the tracks and severely crushed its front section.

A reported 22 people were injured in the collision, making it the second most severe train accident of the last decade in Germany.

The cause of the crash is still unclear. Minister-President of Saxony-Anhalt Wolfgang Böhmer, told the paper that one of the drivers probably ignored a stop light "since you cannot tell from a train schedule that two trains are heading toward each other."

According to Central German Broadcasting Germany's train security system automatically halts trains that ignore stop lights. On this particular track, trains travel at below 100 km/h (62 mph) so only a manual safety system was required