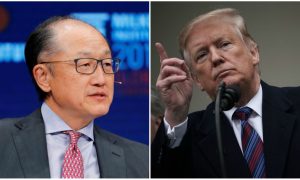 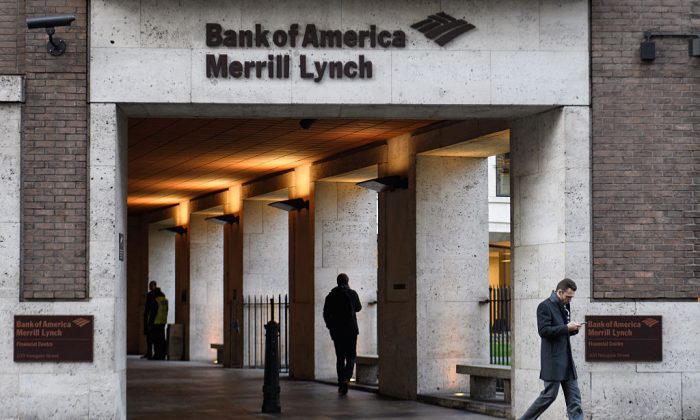 Big trading operations were a thorn in the side of the top U.S. banks in the fourth quarter as fears about global growth sent credit markets into a tailspin, but a “dovish” turn from the Federal Reserve may mean the drama is over for now.

The final months of 2018 were dominated by investor worries about slowing global growth and the U.S.-China trade dispute and were further aggravated by concerns that the Fed might be pushing interest rates too high. The resulting volatility in equity, bond, and commodity markets sent many investors to the sidelines, pushing down bond trading volume and hurting the value of credit market assets sitting on banks’ own books.

“You had a one-two punch of market losses on inventory along with a lot of bank clients stepping back from market because you couldn’t have much of an opinion given the uncertainty,” said Jeffery Harte, bank analyst at Sandler O’Neill & Partners.

Credit spreads, the measure of additional compensation investors demand for owning riskier corporate securities over safer U.S. Treasuries, widened in the fourth quarter by the most in more than seven years both for investment-grade and high-yield, or junk, bonds, according to ICE BofAML index data.

As quarterly results spilled out this week, it became clear that it all added up to a sizable hit for Wall Street’s biggest players.

Bank of America said fixed income fees fell 5 percent because of lower debt underwriting and advisory fees, while its adjusted sales and trading revenue fell 6 percent, with a 15 percent fall in bond trading. Goldman Sachs’ bond trading revenue slid 18 percent to $822 million, far from its peak of more than $6 billion.

In both cases, a big surge in equity trading volumes during the quarter helped offset those losses.

At Citigroup, Chief Financial Officer John Gerspach said for much of the quarter corporate and investor clients “remained on the sidelines, waiting for some clearer market conditions.” Citi reported a 21 percent fall in revenue in its markets and securities business for the quarter.

After being slow to address the spasms in financial markets, Fed officials in recent weeks have said they are mindful of how such moves have tightened financial conditions. The Fed raised interest rates four times in 2018, but since the start of this year a chorus of Fed officials, including Chairman Jerome Powell, have come out to pledge that they will take it slow from here.

That dovish tone has investors in a better mood so far in the first quarter.

The S&P 500 is up more than 11 percent from its Dec. 24 low and junk bonds are enjoying their strongest start to a year in a decade, according to ICE BofAML’s high-yield index.

The S&P bank sector has risen 17.5 percent since its Dec. 24 low, including a 5.6 percent gain since Citigroup kicked off earnings season on Jan. 14.

Even as “the potential for tape-bombs from trade and political developments still present challenges, the dovish pivot at the Fed has helped calmed markets,” said Craig Bishop, lead strategist for U.S. fixed income strategies at RBC Wealth Management. “This has contributed to tamping down fixed income volatility, so to me it could be just a matter of one bad month/quarter.”

But no one is quite ready to dismiss the possibility that the environment could change quickly again for the worse.

“That could change tomorrow,” said Sandler O’Neill’s Harte. “That’s the trouble with trading revenues, they’re awfully volatile. But at least today the first quarter is looking a lot better than the fourth.”