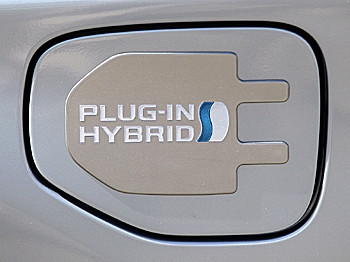 Caroline Dobson
View profile
Follow
biggersmaller
Print
Toyota Motor Corp. is planning to release two new cars as part of the Prius family onto the U.S. market by the end of 2012.

The two models to be launched will be an expanded version and a compact version. This initiative will strengthen the automaker’s presence in the hybrid as well as the electric vehicle domain, according to dealers who were briefed last week.

Adam Lee, president of the Lee Auto Malls dealership chain in Maine, says the automaker will begin selling a Prius station wagon starting next summer as either a 2011 or 2012 model. It will sell a plug-in Prius that can get 30 miles on a charge starting later in the year.

Toyota spokesman Joe Tetherow confirmed over the weekend that "there will be additional Prius models."

"If Toyota can expand that brand umbrella, it may stand a much better chance of driving up its hybrid sales, instead of just relying on the introduction of hybrid technology in other brands," said Mike Milliken, editor of greencarcongress.

The world’s largest automaker saw its U.S. sales increase 1.1 percent to 1.3 million units in the first nine months of 2010, compared with a 21 percent increase for Ford Motor Co. and 20 percent for Hyundai Motor Co., according to data provided by Bloomberg.