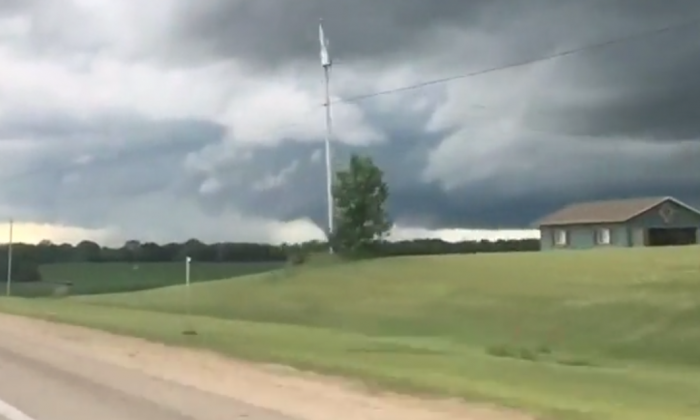 A slew of tornadoes hits Iowa towns, injuring at least 17 people on July 19, 2018. (Alison Robinson via Reuters)
US News

A slew of tornadoes hit Iowa towns on Thursday, injuring at least 17 people, according to local news reports.

Video obtained by Reuters showed the tornadoes as they formed near Pella and Marshalltown. Marshalltown, a city of 27,000 people about 50 miles from Iowa’s state capital Des Moines, was one of the hardest hit.

Videos from residents also showed the aftermath of a tornado at a local HVAC plant in Marshalltown.

Tornadoes also hit nearby Bondurant, where a tornado damaged several homes and caused a gas leak, according to local authorities.