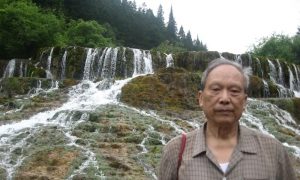 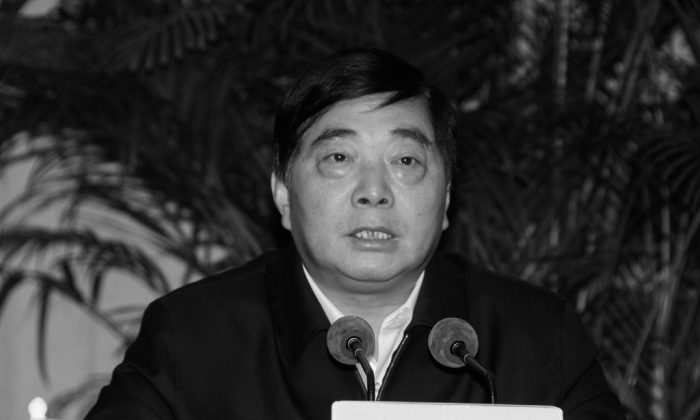 A screenshot from the Yunnan Province government website shows Qiu He, the deputy Party Secretary of Yunnan. Qiu was placed under investigation for severe violations of discipline and law on March 15, according to the Central Discipline and Inspection Commission. (Screenshot/Epoch Times)
China

It’s not the conclusion to his most recent jaunt to Beijing that Qiu He, the deputy Communist Party secretary of Yunnan Province, in China’s far south, likely expected.

But a day after his appearance at a political meeting, it was announced on the website of the Central Commission for Discipline Inspection, the Party’s antigraft police, that Qiu He was being investigated for “severe violations of discipline and law.”

For all intents and purposes, this means that his career is finished, and he is likely to be spirited away for secret interrogations, and possibly torture, to elicit confessions and a list of his co-conspirators.

The brief announcement—it was only 26 Chinese characters long—was posted at 1 p.m., just three hours after the closing of the National People’s Congress (NPC) session in Beijing, and less than 20 minutes after the press conference of Premier Li Keqiang that wrapped up the NPC session. The National People’s Congress is the Communist Party’s equivalent of a legislature, used to pass legislation and give the appearance of due process to policymaking.

As the first sacked official following the political sessions, in particular in such an unceremonious manner, Qiu has become the focus of media attention in China. Several outlets quoted insider sources saying that the investigation relates to Kunming City’s urban construction system. Kunming is the capital of southwestern China’s Yunnan Province.

Qiu heavily promoted the urbanization and forced house demolitions in Kunming—massive projects like that are often used to channel vast public funds into private hands, and hand out fat contracts to loyal allies.

During Qiu’s term from 2007 to 2011 as head of Kunming’s Communist Party Committee, over 6 million citizens faced forced evictions from their homes, which were then demolished, said Yang Weijun, former vice chairman of Yunnan Political Consultative Conference (an advisory body to the Communist Party) in an interview with Sina.

“It’s totally unrealistic for Kunming and Yunnan, because 90 percent of Yunnan’s land is mountainous and semi-mountainous. How could it adapt to such urbanization? It destroyed all the good farmland of Yunnan,” Yang said.

Yang indicated that forcing urbanization only brought Qiu a good gross domestic product score, and political achievements he could brandish to higher-ups—but it made millions lose their farmland, houses, and jobs.

The 92 year-old Yang, known as an “anti-corruption fighter” in the Chinese press, is well-known for reporting Qiu’s malfeasance. Yang once revealed to Chinese media that Qiu is a close ally of Bai Enpei, a disgraced former Yunnan Party secretary who has also been investigated for corruption.

Many powerful officials in Yunnan Province had close ties with former Chinese communist leader Jiang Zemin, whose power remained widespread and robust even years after his resignation, and as the new leadership regime of Xi Jinping took stage in late 2012.

Bai Enpei, a friend of Qiu, was one of Jiang factional allies, reported by Chinese news media to have engaged in extensive illicit financial dealings with disgraced former security chief Zhou Yongkang and his family. Zhou is well-known as a key ally of Jiang in China’s domestic security system.

Qin, as the head of Yunnan Province, had particularly close ties with Jiang, having taken an active role in Jiang’s personal political campaign, the persecution of the Falun Gong spiritual group, which Jiang turned on in 1999. Qin rose through the ranks to be promoted to head of Yunnan, while overseas human rights groups watched him surge through the ranks—seen as rewards for the unquestioning implementation of violent policies—with dismay.