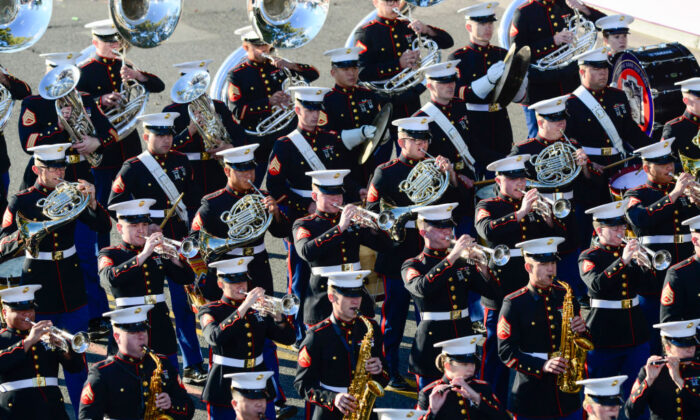 A top general in the Marine Corps has acknowledged that the COVID-19 vaccine mandate is hampering its recruitment goals, but he credited the requirement with keeping military personnel healthy.

Marine Corps Commandant Gen. David Berger made the comments during a panel discussion at the Reagan National Defense Forum in Simi Valley, California, on Dec. 3.

“Where it is having an impact for sure is on recruiting, where in parts of the country there’s still myths and misbeliefs about the backstory behind it,” Berger said, Military.com reported.

The general noted that the requirement for military personnel to be fully vaccinated has created recruitment issues in the south of the country in particular.

“There was not accurate information out early on and it was very politicized and people make decisions and they still have those same beliefs. That’s hard to work your way past, really hard to work,” he said.

However, Berger also credited the vaccines for preventing deaths among the Marines, stating that they were needed in order to “maintain a healthy unit that can deploy, on ship, ashore.”

Speaking on the “Ingraham Angle” on Monday, McCarthy, who looks set to be the next speaker of the House, said he has spoken with President Joe Biden regarding the bill and made it “very clear from the very beginning,” that the NDAA will not pass unless the vaccine mandate for military men and women is lifted, citing a decline in recruitment.

The vaccine mandate was announced by the Marine Corps in September 2021 and has faced multiple legal challenges.

“Why? They are not meeting the recruitment goals right now because of this. People are leaving,” McCarthy said. “I told the president if we don’t have the lifting of the vaccine, I’ll do it in January.”

As of August, 3,299 Marines had been separated from the Corps for refusing to get vaccinated, Marine Corps Times reported. Separate data from the Defense Department peg that number at 3,717.

Meanwhile, roughly 96 percent of the Marines’ active-duty force is fully vaccinated, according to the latest monthly COVID-19 update from the Marines (pdf), while 99 percent are at least partially vaccinated.

The White House has said Biden is considering dropping the mandate but that he ultimately supports Defense Secretary Lloyd Austin’s recommendation to keep it in place.