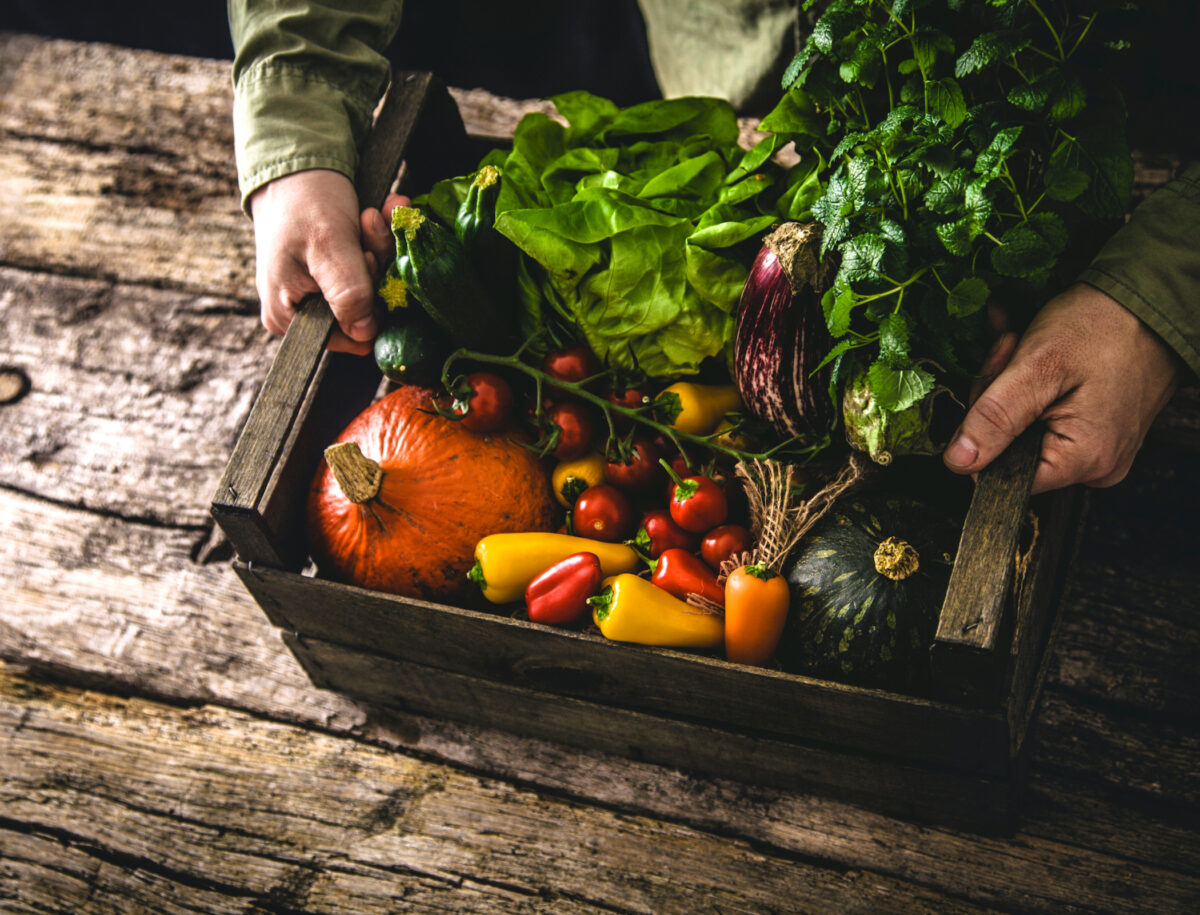 Endocrine-disrupting chemicals (EDCs) are among the most destructive chemicals in our environment. Exposure to them is linked to growth, neurological and learning disabilities, obesity, diabetes, male and female reproductive dysfunction, birth defects, cardiovascular disease and some cancers.(1)

When an endocrine-disrupting chemical exerts permanent and even transgenerational changes to fat cells it is sometimes called an obesogen. Experts believe obesogens encourage the growth of fat cells and fat accumulation through metabolic and appetite alterations that increase the number and size of adipose cells.

Examples of obesogens are bisphenol-A and parabens, and other obesogens may be found in flame retardants, pesticides and other chemicals. But the good news is there are at least five ways you can reduce your exposure to EDCs and obesogens, according to Dr. Leonardo Trasande, who wrote about EDCs for Medscape.

Here are my five tips, adapted from Trasande’s article:

Obesogens and Obesity Are Linked

Obesity has become a worldwide epidemic. Between 1980 and 2010 the rate of obesity in the U.S. doubled and, worldwide, the rate of obesity tripled.(13) Obesity in children is especially booming, almost always condemning them to life as obese adults.(14) Obesity, because of its association with Type 2 diabetes, cancer and cardiovascular disease, costs the U.S. approximately $200 billion a year.

The common belief that increased caloric consumption and reduced exercise cause the obesity epidemic does not explain the phenomenon, says research in the journal Basic & Clinical Pharmacology & Toxicology. Rather, people may be predisposed to obesity from exposure to obesogens in the womb, write the researchers.(15)

TBT continues to be found in house dust and in seafood, and at least one study shows increased ponderal index in human infants with the highest prenatal TBT exposure.”

Other chemicals have similar effects, write the researchers, such as the fungicides triflumizole and tolylfluanid and the plasticizer diethylhexyl phthalate.(16) Obesogens do not just increase the fat levels immediately seen in test animals: The fat augmentation properties may persist for generations, the researchers write.(17)

“Prenatal exposure to environmental obesogens can produce lasting effects on the exposed animals and their offspring to at least the F4 generation. Recent results show that some of these transgenerational effects of obesogen exposure can be carried across the generations via alterations in chromatin structure and accessibility.”

Apparently, obesogens not only can program organisms to accumulate fat; they can program their offspring to do the same.

What Causes the Fat Accumulation to Occur?

Researchers note in Basic & Clinical Pharmacology & Toxicology that cells exposed to an obesogen did not accumulate more fat than unexposed cells but differ in another way: they “did not respond to normal signalling processes.” Specifically, write the researchers, the cells:(18)

“… expressed reduced levels of GLUT4 accompanied by lower glucose uptake. They produced lower levels of adiponectin mRNA and protein and showed elevated levels of molecular markers of inflammation and fibrosis. The … cells were impaired in their respiratory function, measured in vitro and, as might be expected, contained fewer mitochondria.”

Like the research in Basic & Clinical Pharmacology & Toxicology Research, a paper in Pediatric Research seems to confirm that obesogenic effects are seen transgenerationally. Fetal exposure to phthalates, which are obesogenic, is correlated with obesity in the exposed children, write the researchers.(19)

“Higher concentrations of urinary MEP, MBzP, and ΣDEHP [phthalates] metabolites in pregnant mothers were associated with increased odds of their children being overweight or obese …

Higher prenatal MEP concentrations were consistently associated with increased BMI, waist circumference, and percent body fat in children between 5 and 12 years of age … onset of puberty did not affect our findings. In addition, unlike previous studies, our results were quite similar between boys and girls.”

There Are More Obesity Links to Obesogens

Perfluoroalkyl substances, or PFASs, which are endocrine-disrupting chemicals that are obesogenic, have also been linked to obesity in the scientific literature. A 2018 study in PLOS Medicine found:(20)

These data illustrate a potential novel pathway through which PFASs interfere with human body weight regulation and metabolism. The possible impact of environmental chemicals on the obesity epidemic therefore deserves attention.”

A 2018 study in Environmental Research on the exposure of pregnant women to phthalates also concluded:(21)

Diabetes is a major public health concern in the U.S. and other countries and endocrine disrupting chemicals contribute to the problem. Research in the journal Environmental Health Perspective finds “positive associations between exposure to BPA and BPS and the incidence of Type 2 diabetes, independent of traditional diabetes risk factors.”(22)

Bisphenol A (BPA) and bisphenol S (BPS) are common EDCs. BPA is found in polycarbonate plastic and many canned foods, and metal jar lids have BPA in their linings.(23) BPS, a BPA analogue, was thought to be safer than BPA, but research now reveals the two have similar risk profiles.(24) Researchers in Environmental Health Perspectives wrote:(25)

“This study is one of the few prospective studies on the association between exposure to BPA and the subsequent development of type 2 diabetes and the first one on diabetes that relies on repeated urinary bisphenols measurements to assess exposure, which is crucial given the short half-life of BPA in the body.

To the best of our knowledge, this is also the first study to investigate exposure to BPS in relation with the risk of developing diabetes. Our results suggest associations between diabetes risk and both BPA concentrations and BPS detection in urine.”

Research in rats that was published in Environmental Health Perspectives in 2017 apparently duplicates the EDC and diabetes findings.(26)

It is important to note that although this review focused on BPA, other chemicals with putative obesogenic effects have also been identified.

The Endocrine Society, the world’s largest organization of endocrine clinicians and scientists, has also researched the risks of endocrine disrupting chemicals. The society says it:(27)

“… defines an endocrine-disrupting chemical (EDC) as ‘an exogenous chemical, or mixture of chemicals, that can interfere with any aspect of hormone action’ …

EDCs are found in many different products, including plasticizers, personal care products, and pesticides. Furthermore, EDCs such as polychlorinated biphenyls (PCBs) and dioxins are found in environmental contaminants.

Humans are constantly exposed to EDCs on a daily basis by ingestion, inhalation, and dermal contact, and with this constant exposure has come detrimental effects on reproductive health.

Specifically, EDCs are known to decrease fertility in both male and female animal models and they are associated with subfertility/infertility in humans.

Toxic chemicals are all around; in your food, water, air and countless commonly used products and goods, and this onslaught is having a definitive effect — even when exposures are relatively low. Yes, plastics have made modern life more “convenient” but the harm they cause is not worth it. The dangers are especially pronounced during pregnancy and early infancy.

The idea that chemicals affect your health should come as no surprise. What may be surprising is the extent of your exposure. Most of us go about our day, touching, eating, drinking and breathing with few concerns about what we’re actually coming into contact with.

As you saw above in the different scientific studies, the obesogenic effects of EDCs are especially clear, causing obesity and other metabolic problems. Obesity, in turn, is linked to other diseases like diabetes, high blood pressure and certain cancers.(28) But the damage from EDCs and obesogens can be reduced through commonsense lifestyle choices.