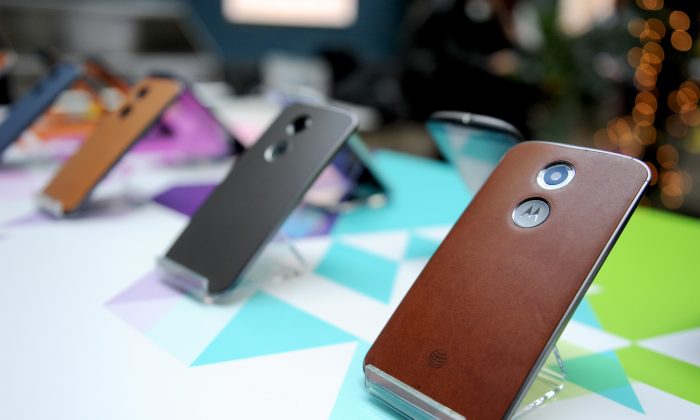 A general view of atmosphere at the Moto X Film Experience at Palihouse on Nov. 13, 2014 in West Hollywood, Calif. (Angela Weiss/Getty Images for Motorola Mobility)
Special

Top 5 Smartphones You Can Buy for Holidays

As we move into the holiday shopping season, here are the five best high-end smartphones you can buy
By Zach Epstein

Back at the start of the year after Samsung unveiled the Galaxy S5, I suggested that smartphone fans might be in for another boring year in 2014. In some ways, 2014 was boring; we really didn’t see anything that introduced truly novel or revolutionary new features added to smartphones this year.

But phones still progressed in 2014, growing faster, sleeker and more powerful than they have ever been before, and there were some terrific phones that launched this year.

As we move into the holiday shopping season, here are the five best high-end smartphones you can buy.

Among the five smartphones on this list, Motorola’s Droid Turbo is the youngest. It is also the most impressive on paper, with bleeding-edge specs that shocked smartphone enthusiasts last month when the phone was unveiled.

Spec highlights include a 5.2-inch quad HD (2560×1440) AMOLED display with class-leading pixel density of 565 pixels per inch, a 2.7GHz quad-core processor, 3GB of RAM, a 21-megapixel camera that can record 4K video, a monstrous 3,900 mAh battery and Android 4.4.4 KitKat with an update to Android 5.0 Lollipop already in the works.

Also of note, the phone ditches customary case materials in favor of some great new options. Buyers have their choice between black ballistic nylon and woven metalized fibers covered by a soft-touch rubbery material. My personal preference is the latter, which comes in both black and red.

We reviewed the Droid Turbo in early November, and it is clearly one of the most impressive smartphones of the year. The only potential issue: In the U.S., it’s only available to Verizon subscribers.

Apple’s iPhone 6 and iPhone 6 Plus launch this year has been incredibly rocky — and completely typical.

Roller coaster rides are expected these days when it comes to iPhone launches, and the 6 and 6 Plus did not disappoint in that regard. Of course, more importantly, they’re also great phones.

The iPhone 6 in particular truly is stunning. Of course, it’s also a class-leader when it comes to speed and performance.

And most importantly, it’s a gateway to the world of iOS apps, which still provide the best and most fluid mobile software experience in the world.

Here’s our iPhone 6 review from September.

There is no question that the iPhone 6 Plus is a beautiful and capable device, but there can be only one king of phablets, and it’s Samsung’s Galaxy Note 4.

Samsung has hit a bit of a rough patch as increased pressure at the high and low ends of the smartphone market sent its profit plummeting in the most recent quarter. Samsung’s mobile product portfolio has been decidedly lackluster this year, which doesn’t help, but the Galaxy Note 4 is a diamond in the rough.

Unlike the iPhone 6 Plus, on which the larger display feels like it was merely a check box for Apple, the Note 4’s massive screen serves a purpose. The multi-app experience is great, multitasking is a breeze, and the S Pen features remain a terrific value-add.

If you’re in the market for a premium phablet this holiday season, the Note 4 is your best bet.

You’re not dreaming, dear readers. Motorola does in fact have not one but two smartphones on our list this year.

A bumpy road led Motorola Mobility into Google’s arms, and then into Lenovo’s arms, but the company has emerged reinvigorated. And its last few phones have been nothing short of fantastic.

From the entry-level Moto G to the premium Droid Turbo, Motorola has shown that it’s ready to compete in the increasingly crowded smartphone space.

And for my money, the Moto X is still the best Android phone in the world right now.

The Moto X features great performance and a gorgeous design. It also might be the perfect size for a smartphone right now, and it offers customization that no other smartphone can even approach. Phones are assembled to order and there are thousands of different color and material combinations to choose from, including four different woods and four different leathers.

Sony continued to struggle in the mobile space in 2014, but it also managed to sneak out one of the best smartphones of the year.

The Xperia Z3 didn’t generate much buzz here in the U.S., which isn’t very surprising considering how dominant Apple and Samsung are right now. Sony’s 2014 flagship phone is still among the top phones in the world right now, though.

On the outside, The Z3 screams premium thanks to its metal and glass construction. It also has a shape that is unique enough to separate it from the crowd, and a beautiful display that is among the best in the business.

A 2.5GHz quad-core processor and 3GB of RAM keep the phone humming, and the 20.7-megapixel camera is great. Also, the Xperia Z3 is waterproof, not just water-resistant, so you can actually take it for a swim, shoot photos underwater, and it will emerge unscathed.

The bad news is that only T-Mobile and Verizon subscribers can get this phone in the U.S. through a carrier.

LG G3: The G3 is a sleek smartphone with a giant quad HD display crammed into a surprisingly manageable case. It’s definitely among the best phones of 2014, but it couldn’t quite crack our top-5.

Huawei Ascend Mate 7: If you want a gorgeous metal phablet with a beautiful display and solid performance, but you also want a unique device that pretty much no one else has, Huawei’s Ascend Mate 7 is your phone. It isn’t sold by any U.S. carrier though, so you’ll have to dig a bit to find one.

HTC One (M8): HTC’s flagship One (M8) phone launched in the first quarter this year and in terms of specs and performance, it’s definitely starting to show its age. It still features the best build, most beautiful design and most impressive fit and finish of any phone on the market though, and it’s now cheaper than more recent flagship phones.

Motorola’s Moto X has also been awarded a BGR Seal Of Approval, which we award to just a handful of products each year that have been thoroughly tested and found to be a cut above the rest. More information can be found here.