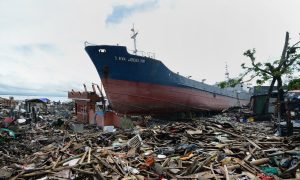 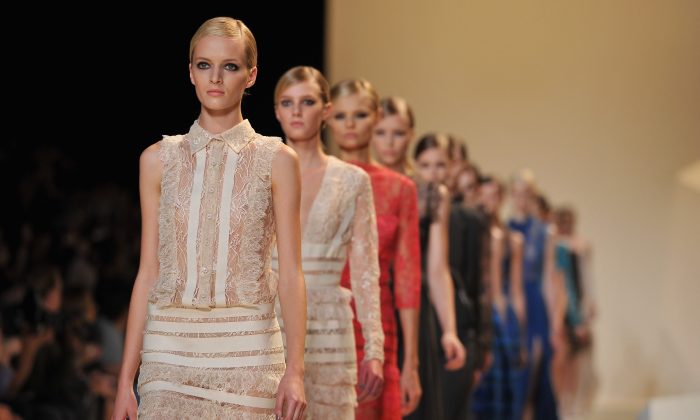 Epoch Times has chosen 10 models who made outstanding appearances in 2013, with a special focus on models who appeared on the cover of Vogue, the queen of fashion magazines.

Models.com published their 50 most-wanted models of 2013 list in October. Epoch Times selected models from this list, and weaned down the selection for our top 10 based on their frequency of appearance on 2013 Vogue covers.

Doutzen Kroes made not only Models.com’s most-wanted list, she also made the Forbes list for best-earning models. She aspired to become a professional speed skater, but ended up gliding down the Victoria Secret runway. She started modeling for Victoria’s Secret right at the beginning of her modeling career.

Edie Campbell won a 2013 British Model Award. She jumped right into high-class fashion, starting her career alongside Kate Moss in a Burberry campaign and appearing in Vogue. She is a student of art history and a passionate horse rider. She modeled for Louis Vuitton ads along with Gisele Bundchen, Sofia Coppola, and Catherine Deneuve.

Cara Delevingne’s trademark full eyebrows and somewhat rebellious attitude define her style. Her modeling career took off in 2012 when she was named model of the year by the British Fashion Awards.

Daria Werbowy has been a well-known name in the fashion industry for a while. She has modeled for many coveted campaigns such as Lanvin, Gucci, Prada, Hermes, Versace, and Valentino. She remained prominent in 2013, with a classic beauty that never gets old.

Victoria Secret Angel Karlie is without doubt one of the most visible rising stars in the modeling world. She was ranked No. 7 by Models.com and Vogue Paris named her as one of the 30 best models of the 2000’s. As a former ballet student, she is not only popular for cover photo shoots, but also on the runway. Furthermore, Kloss won the 2013 Best Model Social Media award at the Fashion Media Awards. She also loves to cook and now has her own “Karlie’s Kookies” brand.

Daria Strokous is a photographer and actress in addition to being a model. She is especially loved especially by the Dior fashion house, as she appeared as a main model in their film, “Secret Garden–Versailles” and two other Dior campaigns.

Saskia de Brauw returned to her modeling career two years ago, at the age of 29, after focusing on her art for some time. She is a leading representative of the trendy androgyne look. Model.com named her second best model of the year, after Joan Smalls.

2013 saw a rising trend of Asian models. Liu Wen was the first East Asian model to walk in the Victoria Secret Show. Forbes magazine named her as one of the best-paid Asian models of 2013. Wen also made a breakthrough as the first Chinese model featured by Esteé Lauder.

Another Chinese beauty in our top 10, Fei Fei Sun started her career in 2008 after finishing high school. Similar to Wen, Sun made breakthroughs as the first Asian model in a Valentino campaign,  and as the first Asian face on the cover of Italian Vogue. Sun studies fashion design at Suzhou University.

Kate Upton has the all-American beauty with her blond hair blue eyes, and look favored by Sports Illustrated Swimsuit. She was named model of the year at the 10th New York Mercedes-Benz Fashion Week Style Awards in 2013.

Karmen Pedaru has made a rapid rise to the top early in her career. She has appeared in big label campaigns ever since she was discovered in 2005. She has been the face of the Michael Kors brand for two years, which suits her sporty and natural, yet gentle look. She was named fourth top model of 2013 by Model.com. She has been athletic from the time she was a child.

We can’t leave a discussion of 2013’s top models without mentioning Kate Moss, with four Vogue covers, and Gisele Bündchen with six covers. Bündchen was also named as the best paid model in 2013 by Forbes.