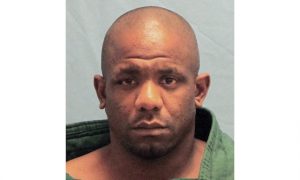 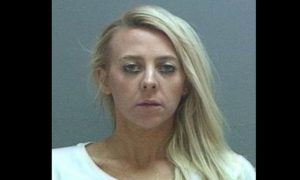 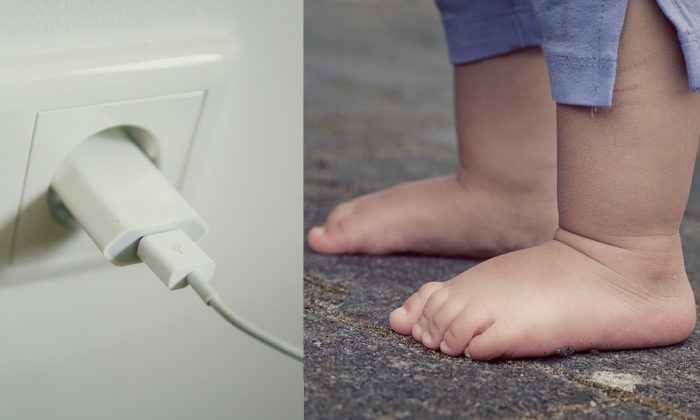 Stock image of a mobile charger and a toddler. (Pixabay)
India

A 2-year-old toddler was killed in India on May 18 after she put a phone charger lead in her mouth that was still plugged into the electric socket.

The electrocution happened while the child was playing in her grandparents home in Jahangirabad in the northern state of Uttar Pradesh, reported the Times of India.

Toddler, Shehvar had traveled with her mother, Razia to her maternal grandparents home to celebrate Iftar on Friday.

Another daily newspaper, Hindustan Times reported that the child was immediately taken to a hospital but was pronounced dead.

“The family has not approached us with any police complaint, so a case has not been filed. However, if somebody approaches us for a complaint, it will be done according to the norms,” Akhilesh Pradhan, station house officer of Jahangirabad Police Station told Times of India.

Times of India and Hindustan Times reports contradict each other on the gender of the child and it couldn’t be further verified.

In a similar incidence, a 7-year-old Indonesian boy was electrocuted to death while using his grandmother’s mobile phone that was still plugged into the electric socket on March 15.

7yo Boy Electrocuted to Death After Using Grandma’s Mobile Phone While It Was Charging https://t.co/DMnxEQT29p

The incident took place when Alfani Yeskiel Tuke was playing a game on the mobile phone while it was still charging, according to World of Buzz.

The shocking incident happened when Tuke’s grandmother had gone out to bring her grazing cow home. She left him at home at 5 p.m. with the mobile phone and when she came back home at 6 p.m. she found him laying on the floor, shirtless as if sleeping.

She walked over to him to wake him up and when she touched his shoulder she got an electric shock. She sought help from her neighbors who rushed inside the house and switched off the electric socket. The police confirmed that Tuke died due to electric shock.

In another incident, a 15-year-old died in Russia while using an iPhone in the bathtub on Dec. 8 last year.

Irina Rybnikova was using a mobile phone while taking a bath. The phone was plugged into the electric socket while she was in the bathtub and she died due to electrocution in the city of Bratsk in the central Russian region of Irkutsk Oblast, according to Yahoo News.

While having a bath, Rybnikova was texting her friends, her fingers were wet and the phone slipped from her hands into the bathtub.

She died due to heart failure and her body was later found by her parents.

“She was an incredible person and my best friend. She wanted to be successful in every sport and we planned to move to another city to study,” Yahoo News quotes a close friend of Irina talking to a local media.

Fifteen-year-old dies after being electrocuted by iPhone in bathtub https://t.co/t5Loydkudc

“Everyone loved her, she was friendly, kind, and very beautiful.”

Rybnikova was talented and a lover of martial arts, she had recently won the national youth championship in Pankration, an ancient Greek mixture of boxing and wrestling known for its uncompromising “no rules” style.