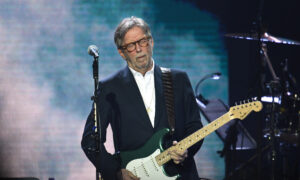 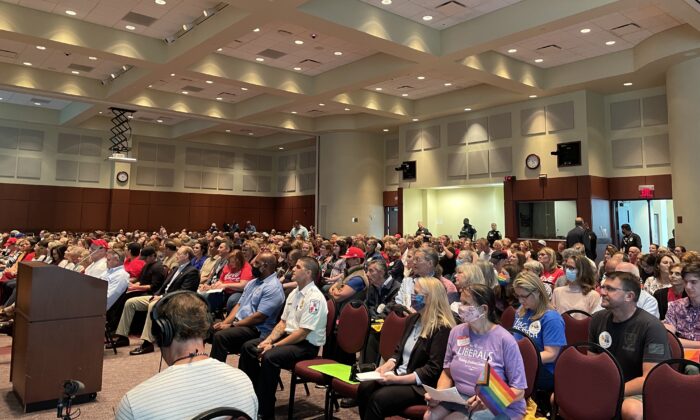 To Save America, Run for School Board

Forget Congress, the Senate, or whatever glamorous position you ever fantasized about or not, even president of the United States, if you want to have a serious impact from your work, if, as they say, you want to make a difference, to change this country for the good in the short and long term, run for your local school board.

You would be saving America from turning into the bleakest, socialist-communist state imaginable because that is what our current K–12 educational system is designed to do and, sadly, has been successful in doing, literally for decades—and it’s only getting worse.

You would in the process also be a true revolutionary in the tradition of the Founders of our country in bringing back truth, justice, and the American way to our children and our children’s children.

Someone’s gotta do it—the hour is late. But you, dear reader, can save us, especially if we band together—and there are plenty of us to do it.

Please consider running for the school board to radically change a highly corrupt and evil left-wing educational system, which has crossed the border into child abuse.

The failure of this current system rests on two mutually reinforcing planes.

One, indoctrination, rather than actual education, has become the overwhelming goal of our system from pre-school and kindergarten onward.

This is not new. Critical race theory, the current and most egregious example that has justifiably enraged so many parents, is not here by accident and did not spring full-grown from the head of Ibram X. Kendi at a Black Lives Matter demonstration.

It’s the natural outgrowth of a progressive educational system devised in part by John Dewey back in 1900, which, over decades, has turned our public and most private schools into institutes of Marxist or near-Marxist social engineering.

Sadly, the right has been mostly asleep as this happened, allowing the left to take over the vast percentage of the system. In other words, this is partly our fault. Not enough of us were paying attention.

It all led, inevitably, to result No. 2: Our schools have failed drastically on the purely educational level.

Although the United States spends the most, or close to the most, of all countries per capita on public education, the results range from mediocre (at best) to horrendous in the basic areas of reading, writing, science, and math. This has been especially true for minorities for whom the left pretends to be saviors.

As wokeness increases, so does brain rot. In terms of education, we are now living in a world where some so-called educators run around claiming that two plus two equals four is racist. How much that must gladden the heart of Chinese leader Xi Jinping. (How do you say “Bring it on!” in Mandarin?)

Abraham Lincoln received a better education in his one-room schoolhouse than almost every one of our kids in whatever overblown institution they are attending.

I could easily go on, but if you don’t already acknowledge most of this, you’re probably not the right person for the school board job. So back to running, which I hope you will consider, since if you read The Epoch Times, you’re clearly more qualified than most.

You don’t have to have an education degree or have taken any education courses. In fact, it’s better if you haven’t. You just have to be an intelligent person who cares enough—and is brave enough—to tell the truth and, most of all, fight for it.

The job, however, is not especially time-consuming. Most school boards meet only once or twice a month. (You do have to be willing to do a certain amount of homework about textbooks, curricula, and so forth.) You will have plenty of opportunity to do what you normally do.

But if you do decide to do this, allow me to make a couple of suggestions:

One, don’t try to do this alone. Get three or four trusted friends and run together. The enemy is vicious and will use any means to smear you outrageously, often at the last minute, allowing no time for reply. Running as a group makes this far less effective. Also, you will have more power on the board working together.

Two, though it’s important to highlight the indoctrination in your campaign, even more crucial is to have a curriculum of your own on offer. Accentuate the positive and you will attract more supporters, including financial backers. This curriculum need not be lengthy, but it should be specific. A good place to look for help putting this together is Hillsdale College’s K–12 American Classic Education.

If you do this, we can only say something many of us have said before: “Thank you for your service!”