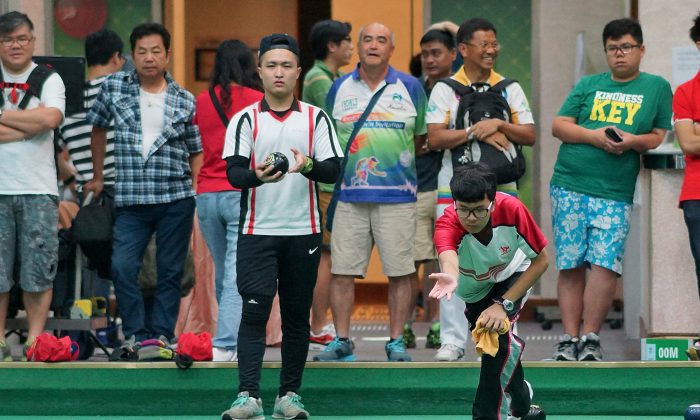 While the students celebrated their success, the competition also rang the alarm for the Hong Kong Lawn Bowls Association as the number of entries dropped significantly this year.

“It seems that there is a missing layer of participants at the secondary school level,” according to Warren Kwok, vice president in charge of development at the Hong Kong Lawn Bowls Association, “We understand that a number of students have entered the crucial stage of their studying so they dropped the sport for now. Once the core members of the team quit, it is difficult to keep the interest of the school to maintain a team.”

“We need to address this issue quickly and the initial idea of allocating coaches to individual schools is being explored. Judging from the happy faces on the participants we know what the sport can bring to those kids, now the key is in our hands to motivate the schools to provide them with the chance.”

On the competition itself, 2013 champion YOTTKP progressed to the semi-finals after two rounds of roundrobin. The team, which was skipped by Form 5 student Lyndon Sham who won the same competition with the school two years ago, defeated 2008 champion Po Leung Kuk CWC College and 2012 champion Yan Chai Hospital No.2 Secondary School with the same 8:5 scoreline to win their second title in three years.

Sham, a Hong Kong Youth Team member and winner of the Age Group Championship in 2012, was very happy after winning his second title and was looking forward to winning it for a third time next year.