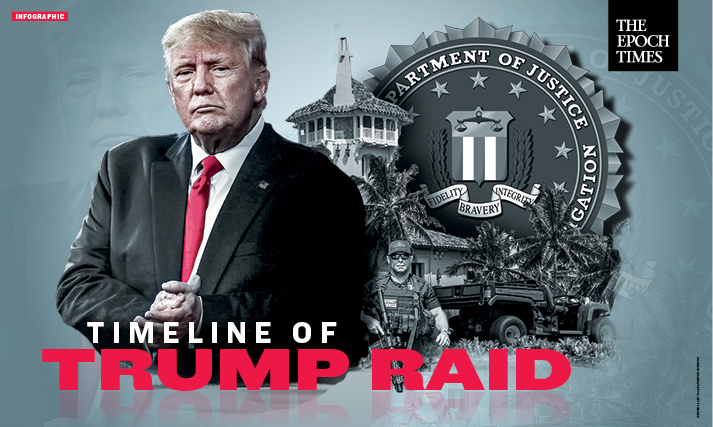 On Aug. 8, 2022, the FBI and the Department of Justice (DOJ) took the unprecedented step of raiding the Florida residence of former President Donald Trump. The raid prompted a litany of questions. What was the justification for the raid? Were there secondary or unofficial motives? Who ordered and approved the raid? Was the justification compelling enough to take such a dramatic step?

While many of these questions remain unanswered to varying degrees, there are enough facts on the table already to establish a timeline of events before, during, and after the raid.