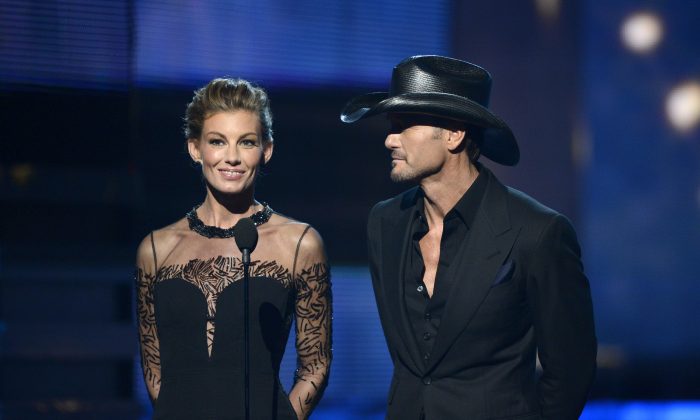 A story in the National Enquirer about a divorce for Tim McGraw and Faith Hill is “totally false and ridiculous,” said a representative of McGraw.

The cover story of last week’s Enquirer posits that the two are divorcing because McGraw feels like he’s been mistreated by Hill while Hill allegedly has trust issues.

But the Gossip Cop spoke with representatives of both–Hill’s “scoffed” at the report, while McGraw’s representative called the claims “totally false and ridiculous.”

McGraw recently told the Huffington Post the secret to a long and happy marriage, coming up on 17 years together with Hill.

“The easy answer is just to shut up and not say anything, that’s easy,” he said. “But really it’s a lot of give and take and it’s a lot of no ultimatums.”