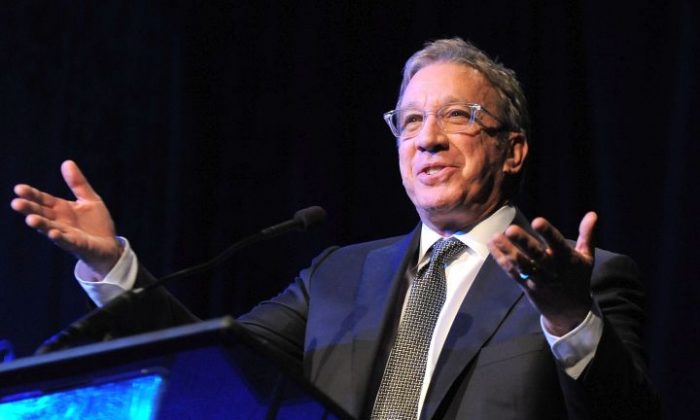 Tim Allen Lashes Out at Hollywood for Calling Trump a ‘Bully’

Tim Allen, the former “Home Improvement” star, said that a number of celebrities are “hypocritical” for shaming Donald Trump voters.

Allen, 63, said, “What I find odd in Hollywood is that they didn’t like Trump because he was a bully. But if you had any kind of inkling that you were for Trump, you got bullied for doing that. And it gets a little bit hypocritical to me.”

The longtime comedian and star of ABC’s “Last Man Standing” discussed the matter on FOX News‘ “The Kelly File” on Monday.

Allen noted his “Last Man Standing” character is a conservative on a show “written by liberals.”

“I’m not a spokesman for Hollywood, I’m a comedian. So I get to tour around the country and do comedy and I do a show that has a point of view,” he added.

“I’m really an anarchist,” he continued when asked about his political leanings. “As a comedian, I don’t want anyone to tell me what to do. Period.”

In 2015, Allen said that he would vote for Ohio Gov. John Kasich. “I went to see him at an L.A. town meeting, which is usually a very liberal forum … He talked about poor people—the underprivileged and the working poor. It was very un-Republican. He’s a Republican that a Democrat could vote for,” he told CBS.