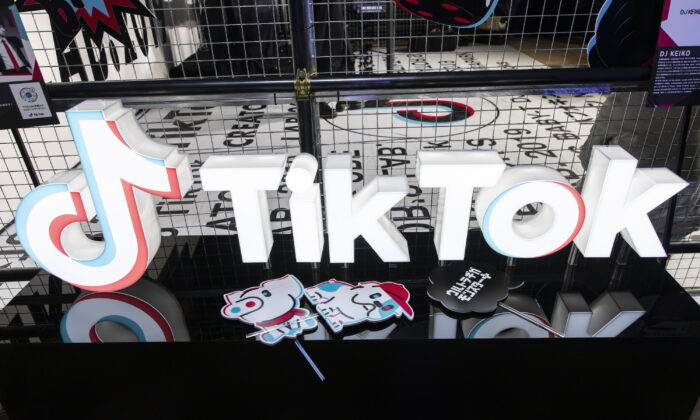 TikTok an ‘Invasive Tool’ for Beijing: Lawmakers Warn of Threat After Report Shows US Data Accessed in China

Between at least September 2021 and January, engineers in China had access to the app’s U.S. data, according to leaked recordings of 80 internal meetings cited by BuzzFeed News. In addition, TikTok employees at times had to turn to their colleagues in China to determine how U.S. data was flowing, which the U.S. staff weren’t authorized to independently access, the report said.

TikTok is owned by Beijing-based tech giant ByteDance and has drawn concern in the United States and elsewhere over whether its data can be accessed by the Chinese Communist Party (CCP), given that its laws compel companies to cooperate with security agencies when asked.

“Everything is seen in China,” a member of TikTok’s Trust and Safety department said in a September 2021 meeting, according to the report. The same month, a director addressed a Beijing-based engineer as a “Master Admin” with “access to everything.”

“No surprise there, TikTok is just another invasive tool for communist China to infiltrate Americans’ personal and proprietary information,” Rep. Ken Buck (R-Colo.) told The Epoch Times. “This app presents a very real threat to our national security, and the United States should take strong action to stop the CCP’s espionage campaign.”

The popular China-owned platform has for years sought to minimize its links with Beijing—concerns that triggered efforts from the Trump administration to ban TikTok from operating in the United States. In a number of public statements, the company has maintained that it stores U.S. user data locally and wouldn’t share them with Chinese authorities if asked.

In August 2021, a state-backed firm linked to the country’s top internet watchdog also took a 1 percent stake in one of ByteDance’s subsidiaries, heightening worries of potential influence Beijing could exercise over the platform.

“Any U.S. user data that can be accessed by a ‘private’ company in China can undoubtedly also be accessed by the Chinese Communist Party,” Rep. Lee Zeldin (R-N.Y.) told The Epoch Times.

In a congressional hearing in October 2021, Michael Beckerman, vice president and head of public policy in the Americas for TikTok, denied that ByteDance employees have access to TikTok user data. He told lawmakers that “a world-renowned U.S.-based security team” handles access to U.S. user data, and it stores backups in Singapore.

The leaked recordings, Zeldin said, suggest that Beckerman “possibly lied to Congress, which is a felony.”

“Even the possibility that the private data of millions of Americans, many of them only teenagers, was accessed by the Chinese government and could have been used for any number of the CCP’s nefarious activities should set off alarm bells in our government and private sector, and for anyone who uses this app,” he said.

“The U.S. government needs to urgently determine what data was collected, what the Chinese government had access to, and how the data has been used.”

Shortly before the June 17 Buzzfeed article, TikTok announced that it was migrating all U.S. user traffic to Oracle servers in the United States. It added that it would continue to use its U.S. and Singapore data centers for backup storage, but it expects to delete U.S. users’ data from those sites over time.

‘Every Piece of Technology Coming From China Is Weaponized’

Former Chinese internet censor Liu Lipeng previously told The Epoch Times that TikTok had sought to hire people like him to monitor U.S. users. In 2018, Liu interviewed with ByteDance for a TikTok content manager position, which would expect him to inspect “globalized videos” on the platform.

“They are directly censoring Americans’ speech,” he said in an interview in 2020.

Since then, Trump’s order has been stalled by several lawsuits and court orders.

In July 2021, President Joe Biden revoked the executive order, instead directing the Commerce Department to evaluate the platform to determine whether it poses a national security risk.

Casey Fleming, a cybersecurity analyst and CEO of strategic advisory firm BlackOps Partners, said that Beijing’s global ambition should ring alarm bells in regard to technology from China.

One thing he always tells people who consult him on such matters, Fleming said, is that “you’ve got to understand that every piece of technology coming from China is weaponized,” he told EpochTV’s “China Insider” program. “It’s to weaken the United States and strengthen China.”

Personal data is “very, very valuable” because it paints a picture of who one’s connected to, their business transactions, smartphone activities, and what they will do in the future, said Fleming. The way TikTok is programmed to trap the audience on the app is also a form of psychological control, he said.

“The thing that most people don’t really understand is the Chinese Communist Party’s values and goals are completely opposite of the U.S. and the free world,” Fleming said.

“They want to completely control it. So there are no independent companies in China, the CCP completely commands and controls in there.”

Anybody engaging in business or other pursuits in China “is subject to CCP law in China.”

TikTok didn’t return a request for comment by press time.