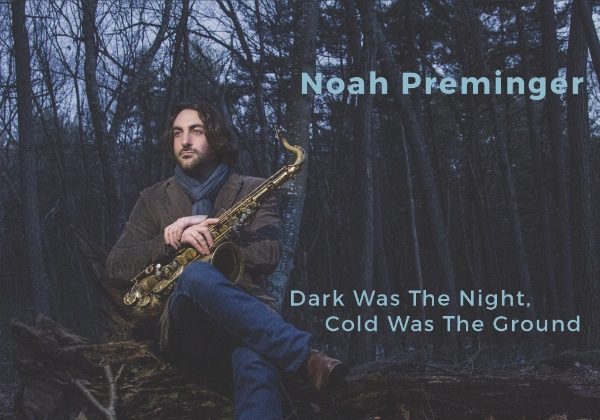 Three to See in May: Barb Jungr, Noah Preminger, and Leslie Pintchik

Three artists with outstanding new recordings will perform in New York clubs this May.

Barb Jungr is a British cabaret singer, but a singular one. She focuses on the works of songwriting poets, such as Bob Dylan and Leonard Cohen.

Her new CD, “Shelter from the Storm: Songs of Hope for Troubled Times” (on Linn Records) is unusually upbeat. Although not strictly speaking a jazz singer, she wanted to make this recording in New York with jazz musicians.

Perhaps the happiest result of this decision is her collaboration with pianist-arranger Laurence Hobgood, who is best known for his exceptional work with Kurt Elling. Not only does he come up with arrangements that fit perfectly with Jungr’s style, but they also wrote some of the songs on the CD.

The other musicians are bass player Michael Olatuja and Wilson Torres on percussion.

The album begins with “Bali Hai” from Rodgers and Hammerstein’s “South Pacific” followed by the Jungr/Hobgood “Stars Lazy But Shining.” She adds drama and colors to Dylan’s “Shelter from the Storm” and Cohen’s “Sisters of Mercy” beyond anything the singer-songwriters could muster. Hobgood’s keyboard playing is orchestral.

Perhaps the most compelling of the Jungr/Hobgood originals is “Hymn to Nina,” a tribute to Nina Simone, one of Jungr’s artistic heroes.

She makes “Something’s Coming” from “West Side Story” especially hopeful and Joni Mitchell’s “Woodstock” poignant. “All Along the Watchtower” is more contemplative than Dylan’s original or Hendrix’s famous rendition. David Bowie is remembered with a track combining “Life on Mars?” with “Space Oddity.”

The blues comes in many styles, but the most tragic vein is probably the one from the Mississippi Delta. This is the body of work that tenor saxophonist Noah Preminger resurrects on his affecting new album, “Dark Was the Night, Cold Was the Ground.” The recording was made in a jazz club but without an audience.

The CD has no vocals or guitar (which was the traditional accompaniment for these songs), but the emotions of these classic songs are clearly articulated by Preminger’s arrangements and his playing with Jason Palmer on trumpet, Kim Cass on bass, and Ian Froman on drums.

Each piece is re-imagined and presented in a style that sometimes recalls New Orleans (notably “Black Snake Moan”) but can segue into Ornette Coleman territory (as on “Spoonful Blues”). Preminger also makes the transition from Saturday night to Sunday morning with “I Am the Heavenly Way” and ends with a soulful “I Shall Not Be Moved.”

The interplay of the musicians sounds spontaneous, and there are exciting solos throughout (for example, by the leader on the Booker T. White track and by trumpeter Palmer on “Trouble in Mind”).

The album honors the original blues artists who wrote and sang these songs while taking their music in a new direction.

John Lennon’s “Imagine” is converted into a lilting jazz ballad. Pintchik injects a gentle swing into “Falling in Love Again” and “Charade,” the latter with a beautiful bass solo by Hardy.

Pintchik’s playfulness is suggested by the title of her own “Crooked as a Dog’s Hind Leg.” The spirited piece brings in the horns to join with the leader’s funky playing. Hardy’s horn arrangements also add luster to the lyrical title track and the Brazilian-flavored “Tumbleweed.”

Spring into the Jazz Scene: Highlights of the Next Month in NYC

The album ends with an intimate rendition of “For All We Know” recorded live at a jazz club.