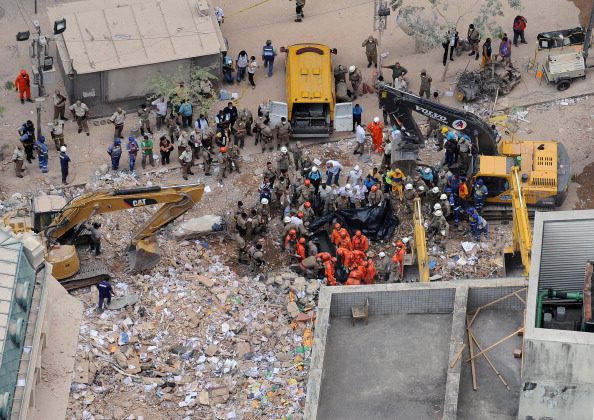 At least five people died in the Brazilian city of Rio de Janeiro on Thursday after three high-rise buildings collapsed, and at least 15 people are still missing, media reports have said. Six people were taken to the hospital for injuries.

“The whole building collapsed as if it had imploded. It was like the World Trade Center. I heard an enormous bang and saw it all happen,” witness Luiz Antonio Jean Trajan told the Rio Times newspaper, referring to the first building that collapsed.

Trajan and other witnesses said they heard and saw an explosion, which resulted in the collapse of the buildings. According to the Rio Times, there are unconfirmed reports that the blast was caused by a gas leak, with some people smelling natural gas at the time of the incident.

Officials and experts told the O Dia newspaper, however, that there appear to have been structural problems with at least one of the collapsed buildings, which was to blame for the disaster.

“The company that performed the work may have removed some beam that damaged the entire structure of the building,” civil engineer Antonio Pedrosa told the newspaper.

A painter who was inside one of the buildings managed to survive by hiding inside of an elevator, he told the newspaper. The painter, Alexandro da Silva Fonseca, 31, told O Dia that “I thought I was going to die. I remembered that I had a phone in my pocket and called my friend, who was nearby. The phone saved me.” His elevator fell during the collapse and got stuck between the 3rd and 4th floors, with the door open.