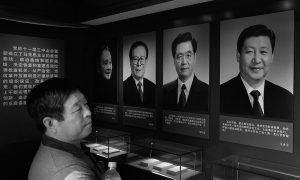 Special Editorial: Unless Persecution Ends, Discussion of Reform in China Is Empty Talk
0 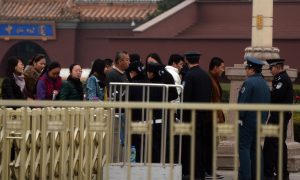 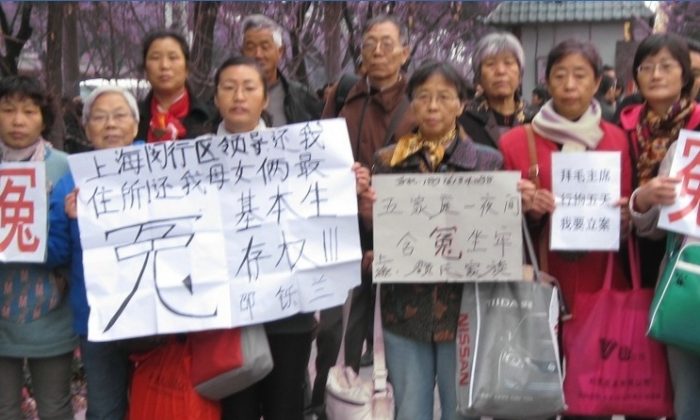 Chinese petitioners protest in front of the Jingxi Hotel in Beijing, holding banners saying "Injustice", "Give us the basic right to live!" etc. on Nov. 9, 2013. The Third Plenum of the Chinese Communist Party Central Committee opened on Nov. 9 in Beijing, and thousands of petitioners protested at various politically sensitive places in the city. (Epoch Times)
China

Thousands of Protesters Gather in Beijing for Third Plenum

From all across China the top leaders of the Chinese Communist Party gathered in Beijing on Nov. 9 for the opening of the Third Plenum of the 18th Central Committee to discuss possible reforms. Also from all across China gathered thousands of petitioners who came to Beijing to protest injustices they had suffered. They were greeted with violence and arrest.

The petitioners gathered on Nov. 9 at various politically sensitive spots, including Tiananmen Square, the National Petition Office, the Central Discipline Inspection Commission, the post office of the leadership compound Zhongnanhai, and the Jingxi Hotel in the western suburbs, where the plenum is being held.

After a jeep killed 5 people on Oct. 28 on Tiananmen Square, security there has been upgraded.

“There are many more police at Tiananmen Square than usual.” Petitioner Li Hong told Tianwang Human Rights Center. “I personally saw two groups of petitioners, one with more than 20 people, giving out flyers. And then police and security guards rushed out. They took all the flyers away and even grabbed tourists’ bags to check. The petitioners were taken on to police cars.”

A petitioner named Huang Guangyu cut her wrist with a knife on Tiananmen Square to protest to signal her desperation about a long land dispute with her local government that has been unresolved since 2004, according to the Human Rights Campaign In China.

Huang was detained by police and her wound given a simple dressing. When she was allowed to go to the hospital 10 hours later, the doctor said the wound may lead to a lifetime disability, the report said.

Protesters there told an old story: Although a large number of the petitioners there have appealed for relief for years, authorities have taken no action.

“We want to live and eat. We want justice. We want no corruption and no tyrants,” petitioner Guo Hongwei, from northern China’s Jilin Province, told Epoch Times by phone.

Petitioner Lin Mingjie, also from northern China, said, “The government doesn’t help with anything. We people have no way out, so we are here to protest.”

Another 1000 petitioners gathered in front of the National Petition Office, holding banners saying “Deal with our reasonable demands of criminal, civil, and administrative cases,” petitioners told Epoch Times in a phone interview.

Although Chinese authorities did not release information about the location of the Third Plenum, rumors that it would take place in the Jingxi Hotel had gone viral. The hotel is owned by the People’s Liberation Army and has been used for receptions for top leaders in the past.

Hundreds of petitioners gathered near the hotel, urging the authorities to pay attention to human rights and rights activists, and to publicize officials’ property as way to preventing corruption.

“Almost every three steps [near the hotel], there’s one policeman. They check people’s IDs all the way along the street,” petitioner Kong Lingzhen told Epoch Times by phone. “We petitioners were arrested by plainclothes police. There were about 40 to 50 petitioners put in police cars.”

A long line of petitioners formed outside of the post office of Zhongnanhai, the central offices and living quarters for the Chinese Communist Party leadership, in yet another form of protest. They had come to send letters to General Secretary Xi Jinping and Premier Li Keqiang describing the injustices they had suffered.

With reporting by Gu Qinger