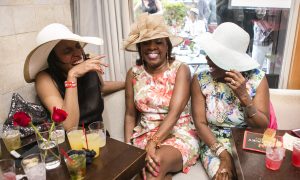 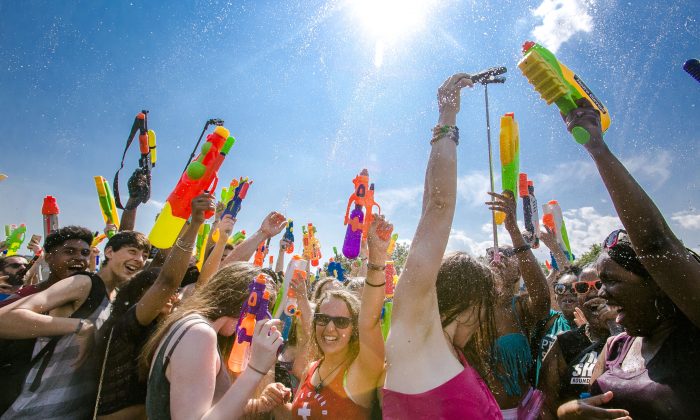 NEW YORK—Waterfight NYC 2015 just turned the Great Lawn of the Central Park into a soaked battle zone. Kids and adults (predominantly adults) dusted off their water-spewing weaponry and unleashed refreshing mayhem on a sunny Saturday afternoon.

An astonishing 64,000 people confirmed attendance through the event’s Facebook page. Understandably, the authorities took slight issue the event’s popularity since the permit didn’t allow numbers of that magnitude. Still, a couple thousand people were allowed on the Great Lawn and more, waiting in line, were gradually let in.

Though dubbed a “fight,” there wasn’t much competition—winners were everyone having fun. Maybe only those who somehow remained dry could be considered as loosing.

While some geared up with costumes, goggles, and humongous Super Soakers (or other brand equivalents), other participants seemingly came more to receive than to deal water damage, carrying low-range armaments and wearing little to no protective gear.

In the end, though, situations sometimes reverse, with the best equipped combatants also drawing the most fire from the crowd. Clearly their superior firepower and defensive capabilities were no match for the incessant drenching streams of laughing assaulters.

According to a Facebook post by Brian De La Cruz, organizer of Waterfight NYC, the event took place without incident and he is already working on next year’s fun, promising “It’ll only get better!”

A few tips for next year’s fighters

To find your best weapon of choice, consult a specialized site, such as iSoaker.com.