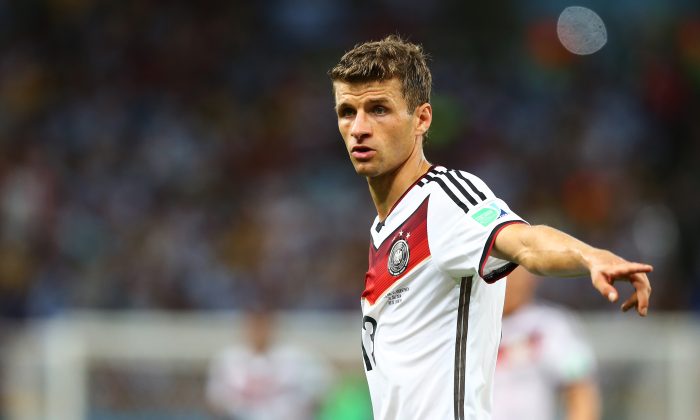 Thomas Mueller is not going anywhere this coming transfer window.

The versatile 24-year-old forward signed a new contract with Bayern Munich in June that will see him at the Allianz Arena until 2019.

Mueller told the club’s official website: “Shortly before the start of the World Cup, I’m very happy about extending my contract with FC Bayern until 2019.

“We held very good talks with the management of the club, which made it clear to me that I’m in the right place here.

“I have the feeling I’m an important component in the club’s plans.

“FC Bayern Munich has been my club since 2000 and will remain my club in the years to come,” Mueller concluded.